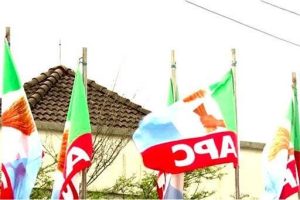 The Independent National Electoral Commission (INEC) has announced Mr Amajirionwu Blyden Okanni of the All Progressives Congress (APC) as the winner of Saturday’s Imo State House of Assembly by-election into Ngor-Okpala constituency of Imo State.

The Returning Officer, Prof. Ameh Dennis Akor, announced the results at Umuneke in the Council Headquarters of Ngor-Okpala LGA on Sunday morning.

The election results were published, displayed and transmitted electronically using the forms EC60E and EC8A through the INEC’s portal.

Ameh, who is a professor of Drama and Critical Theory from Alex Ekwueme Federal University Ndufu-Alike, Ebonyi State, said that the APC candidate got 9, 248 votes to defeat Jeff Nwachukwu of the Peoples Democratic Party who polled 7 071 votes.

He said that the total registered voters across the 11 existing electoral wards in the area was 94,060.

According to him, the election started on time as polling commenced as early as 8:30am and ended at about 2:30pm.

He said that all accredited voters with Bimodal Voter Accreditation System (BVAS) cast their votes.

He further stated that the number of total votes cast was 17 862 and the total number of valid votes was 17 280 with rejected votes being 582.

Ameh commended the efforts of security agencies, especially the Commissioner of Police in Imo State, CP Rabiu Hussaini, and all stakeholders who participated before, during and after the elections for their maturity and understanding.

BREAKING: Kidnapped Reverend Father killed By His Abductors In Edo