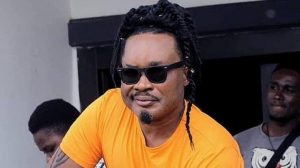 Nollywood actor, Jerry Amilo, often referred to by the nickname “Nigger please” or “Don J”, has revealed how he cheated death after surviving three days in a mortuary.

Mr Amilo, in a recent interview with BBC Igbo, narrated how he survived a ghastly motor accident that claimed his lawyer’s life.

The 51-year-old actor is recognised as one of the earliest members of Nollywood’s bad boys, a group of actors known for their notoriety in movies in the early 2000s.

He held sway with the likes of Hanks Anuku, Emmanuel Ehummadu aka Labista, Gentle Jack, also Wariboko, and Jim Iyke.

The actor became famous at 18, after landing a lead role in the Nollywood classic, ‘Burno and the Law’.

The film, which was shot in 1992, is touted as Nollywood’s first action movie.

Five years after starring in the movie, Mr Amilo said he and his brother had to travel to Ibadan for a business meeting.

He said he and his lawyer, Dilo, were en route to Lagos to attend a movie award where he won ‘Best action actor’ when the front tire of his vehicle suddenly spun off its wheel.

He said that a passerby at the scene of the accident informed the police who would later confirm that all the occupants of his vehicle had died.

Narrating his near-death experience, the actor said that it was a terrible accident that could have led to his death.

He said: “It’s a testimony. It’s true that I was no more and returned after three nights in the mortuary. I was involved in a terrible accident. We all died. That same day the accident occurred on May 1998,” the actor narrated.

“It was the day I had won the ‘Best Action Actor’ category of an award on its debut. I had gone to see my brother in Ibadan for business. I was returning with my lawyer. I was driving and suddenly saw my front tyre ahead of me.

“The front tire was removed. I turned to Dịlo, my lawyer, to ask if he was seeing what I was seeing. I couldn’t finish the words. We all died. That was all I could remember. The vehicle somersaulted, over 16 times, as I was later told.

The actor said the police, on reaching the accident scene, took inventory of the bodies, including his, and thereafter, they were deposited in the morgue.

Mr Amilo said he was told that his body had suddenly started shuddering after three days in the morgue.

He said: “It’s a hospital morgue for accident victims. It was full. Most bodies start decaying before they are claimed. Three days later, it seemed as though my body was twitching. The attendant had been with my body but it didn’t decay a bit.

“The attendant raised the alarm. The morgue is far from the hospital’s main building. Those along the way began running out of panic.”

The actor said that he was moved to the hospital where he was in a coma.

“They noticed I was still alive and took me to the emergency section. Three days after, I reawakened. Touched by the development, my IPO was with me throughout the coma.

“I woke up blind with my jaw broken into three, I was blind with a broken jaw. You’d weep if you saw my face at the time. I was injured in the face. If you watch my past movies, you’d see them. I couldn’t see with my eyes. My IPO was with me until the sixth day. He explained it to me. They saw my diary as I always kept one then. For four months, the world thought I was dead. I underwent a series of surgeries to restore my face.

“My jaw broke into three. I couldn’t eat through my mouth for 14 months. I was taking liquid food through straws. My face was sewn so the bones could heal.”

Several years after the accident, Mr Amilo still features in movies. He made a comeback to the movie industry with his role in the 2001 blockbuster movie, ‘Desperadoes’.

It was the role that established his full membership of the Nollywood bad boys club.

Meet The Next Olubadan Of Ibadan, Sen. Lekan Balogun