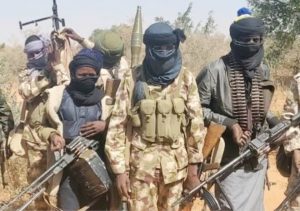 Communities in Munya Local Government Area of Niger State have been forced by bandits terrorizing the area to supply packs of cigarettes and rolls of Indian hemp to secure the release of their family members.

City News recalls that several people in Zazzaga, Cibani and other neighbouring communities in Munya LGA of the state have been in captivity for the past two weeks.

A member of the security committee in the area told City News in confidence that the items were delivered to the hoodlums on Tuesday before some people were released.

“Your relation is in captivity, whatever you can do to secure their release, you do not hesitate to do it. There were some children that they kidnapped during one of the previous attacks on their farms. The families have taken the items they demanded to them, and some of them have been released,” he said.

He said bandits also demanded maize flour, packs of Maggi and five jerricans of petrol which families had also delivered.

N3trn Worth of Paper is imported into Nigeria Annually — CIPPON