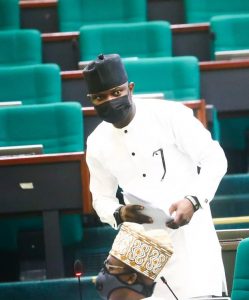 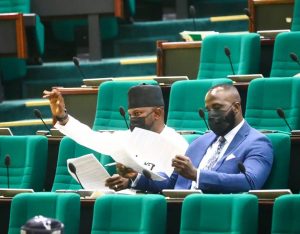 Dennis Idahosa (APC- Edo) , a member of the House of Representatives, has warned Federal Government of the danger of failure to harness other sources of revenue other than oil ahead of the implementation of the resolutions of the 26th meeting of the Conference Parties to the United Nations Framework Convention on Climate Change (UNCOP26) in Glasgow.

In a statement by his media aide, Mr Friday Aghedo, the representative of the Ovia Federal constituency, expressed worry that Nigeria revenue would be dealt a serious blow if she failed to look beyond Oil and Gas sector that account for more than 65 percent of the country’s revenue.

He noted that it was in a bid to avert the looming danger that he sponsored a motion titled, “Need to Create An Economic Revenue Road Map For The Future of Nigeria” in the floor of the Green Chamber.

Idahosa pointed out that Nigeria has numerous potential sources of revenue and if attention is not placed on them early, it would be of no benefit to it citizens and the nation at large.

He said that part of the resolution of the Glasgow meeting which took placed between October 31st to November 12, 2021, is to phase down fossil fuels “COAL” to limit global warming to 1.5 degrees Celsius compared to pre-industrial levels.

That parties to the Paris agreement adopted at COP21 in Paris on December 12, 2015, entering into force on the 4th of November, 2016, are expected to transit from fossil fuel to clean energy and reach a Net Zeri ambition for greenhouse gasses emission.

“I am aware that President Muhammadu Buhari whike delivering his speech at the COP26 leaders summit emphasised that for Nigeria climate change is not happening today and pledged that Nigeria would cut its emissions to net-zero by 2060.

“This period, according to an expert, the viability of fossil fuels and hydrocarbon is speculated to last for another 20 years which gives the nation time to utilise and redirect the sources gained from oil and gas towards the development of other sectors of the economy for the overall benefit of the nation.

“I am concern that following the recent resolution by all major countries at the UNCOP26 2021 summit, counties like Nigeria which depends mainly on hydrocarbon and fossil fuels for revenue and survival, will be the worst hit except careful and intentional precautions are taken to secure the future of Nigeria,” he stated.

Aisha Urge Nigerians To Chase Buhari Out Of Aso Rock