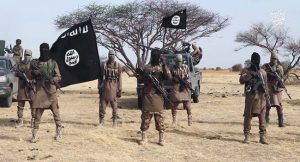 The recent attacks on travellers along the beleaguered Abuja-Kaduna highway were carried out by Boko Haram.

On Sunday, the terrorists abducted an unspecified number of passengers and killed a notable Zamfara politician, Sagir Hamidu, at point called Kurmin Kare along the highway.

The terrorists returned the following day near same spot, and almost the same time to open fire on travelers and abduct dozens more.

But a top intelligence source in Abuja told DAILY NIGERIAN on the condition of anonymity that the recent attacks were carried out by Boko Haram terrorists, who are now setting up camps in Kaduna and Niger forests.

“Based on an intercepted intel, the Boko Haram terrorists are behind these recent attacks at Kurmin Kare area along Abuja-Kaduna highway.

“They are also the ones who are abducting people around Mashegu and Shiroro in Niger State. They are trying to establish themselves around the area, so they embark on abductions to raise money for logistics.

“You know they under heavy bombardment in their enclaves in Birnin Gwari, Giwa, Chikun, Igabi and other places. So after fleeing from these locations, they now camped at some points not more than 50 to 60 kilometers away from Abuja-Kaduna highway.

“From these points, they use motorcycles to travel. There is a stream along the road where they keep the motorcycles and travel on foot through a thick forest to perpetrate the attacks,” said the source.

According to him, security agencies as well as Niger and Kaduna State Governments have been alerted of the development and efforts to decimate them.

He also said that the Boko Haram terrorists are now working in concert with bandits to abduct and attack people.

Spokesman for the Kaduna State Police Command, Mohammed Jalige, could not be reached for comment at the time of filing this report.

Emir of Lafiagi Dies At 86, after 45 years on Throne