Following raid by operatives of the Department of State Services (DSS) of the Soka, Ibadan residence of Yoruba Nation Agitator, Sunday Adeyemo aka Sunday Igboho, various groups in Yoruba land 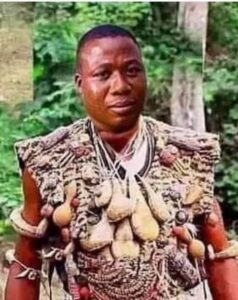 will stage a protest in Ibadan on Wednesday.

Igboho’s spokesperson Olayomi Koiki, in a terse live video on Wednesday, stated the Pro-Yoruba Nation protesters will gather at Soka, Ibadan for the protest.

He said: “By Wednesday morning in Ibadan from Soka, Yoruba Nation agitators are to assemble at Ibadan for a protest as regards the recent development that has to do with Chief Sunday Igboho and other agitators

“The Protest will head out from Soka. There will be a protest. Rally is what we have been doing, this time around we are doing a protest.”