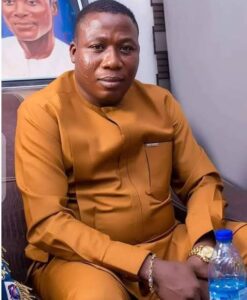 Access to Justice (A2J) has denounced what it described as the horrific and brutal manner the Department of State Service (DSS) raided the residence of Sunday Igboho in Ibadan, Oyo State and called for the resignation of the DSS director.

The group said the so-called raid, in planning and execution, was predicated on, and accompanied with needless and tragic violence, leading to avoidable loss of human lives, and was, therefore, unconstitutional and illegitimate.

In a statement signed by Joseph Otteh and Deji Ajare, Convener and Project Director, respectively, the group was deplorable, rash, unjustifiable as well as unprofessional, and fails to meet standard minimum requirements of a responsible arms-bearing agency of government.

The group, therefore, demanded for the immediate resignation or removal of the Director of the State Service, alongside the resignation/removal of all officials of the service, who authorised the raid.

They also called for a thorough investigation into the attack and prosecution of all those whose conduct were reckless and unjustifiable.

The DSS, and indeed other security agencies, it said, must rethink their strategic approach to dealing with political grievances/causes and groups, which express them.

“A2J is concerned that the agency is perceived as politically partisan and motivated in its responses to many grievances held by citizens against the incumbent government. But there is a clear, strategic need for government institutions, particularly those related to security and law enforcement, to act with greater sensitivity and thoughtfulness to avoid actions capable of further inflaming already heated passions in the country, hardening more minds and hearts and causing more serious political and socio-economic instability in Nigeria,” it stated.

Umahi’s Defection: Why We Won’t Act On Court Orders — INEC