The group was hopeful that the project will ensure transparency in the coming 2023 election.

In a statement signed by Salisu Dawaki and Lawal Musa, President and Secretary of the group respectively, the group said that over three million registered voters would be mobilized for the “Operation Show Voter’s Card”.

The group said, “even though the task is herculean, but it is a necessity for the benefit of the people, hence we seek the support of the populace for the success of the programme.”

“We had an interface with the relevant stakeholders across the board for wider consultation, this is in addition to series of physical and online meetings of the group membership and coalition members.”

“Effort is on top gear to ease the burden that may associate with the online Voter’s registration for our people.”

“Our next line of action is to mobilize a working/monitoring committee to go round the cyber cafe within the state and local government where the online continuous Voter’s registration may take place from June 28, 2021, to the closing for counselling and sensitization,” the group said. 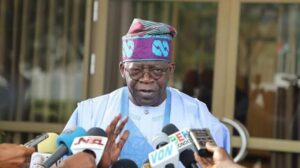