The Ndigbo Unity Forum worldwide, a non-governmental organisation, has advocated the death penalty for looters of public 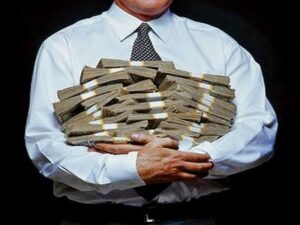 funds to eradicate the current spate of corruption in the country.

The group made the call in a statement jointly signed by its president, Augustine Chukwudum and secretary, Tony Igbokwe, on Sunday, in Enugu.

It also called on the National Assembly to remove the immunity clause from the Nigerian constitution, so that governors and other public officials could be probed while still in office.

“This will go a long way in stopping the ongoing daily looting especially at the state level,” the group said.

It urged President Muhammadu Buhari to put in more stringent measures and seriousness in the ongoing anti-graft war, “because some public office holders, by their words and actions, think the anti-graft war is a ruse”.

“We also demand that institutions like EFCC, ICPC and the judiciary be strengthened so that no one can be above the law as it is today.

“Everybody must be treated equally as it is in the U.S., Britain, Canada and other countries of the world.

“By so doing, justice must prevail, not in a case where ex-managing director of Bank PHB, Francis Atuche, who stole billions of naira, was recently sent to jail for a term of six years imprisonment.

“While someone who stole vegetables that was less than N1,000 value was abandoned for more than five years as an Awaiting Trial Mate (ATM),” the group said.

The group said it was a “big irony” for looters of public funds to be moving about with “heavy police escorts”, while enjoying their loot inside the country.

“The common people, whose wealth was stolen, are dying daily of hunger, lack of potable water, bad roads, no functional hospital and no standard primary and secondary schools,” it said.

The group recalled a statement it issued in 2020, calling on the EFCC to probe both present and ex-governors of the South-east over their alleged mismanagement and looting of public funds.

“Up till date, no single ex-governor has been convicted and most of them have come to believe that President Buhari’s anti-corruption war is a ruse,” it added.