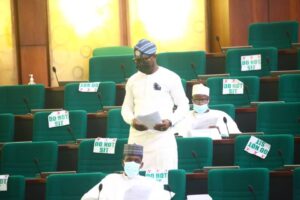 The House of Representatives on Wednesday moved to ascertain the level of food security in the country, following the adoption of a motion by Hon. Dennis Idahosa, (Ovia federal Constituency – Edo State), on the floor of the House in Abuja.

Moving the motion, Idahosa noted that the Agricultural sector had witnessed policy changes since Vision 20:2020 was launched in 2009 and in Aug 2016.

He added that the Agriculture Promotion Policy, known as Green Alternative, was again launched and had reshaped the direction of agricultural development in Nigeria.

He stated that as the nation experienced different phases of strategic plans, there had been no systematic framework of reviewing the performance of the sector vis-a-vis food security and global competitiveness.

This, according to him, is as required under the Economic Community of West African States Agriculture Policy (ECOWAP) which Nigeria is a signatory and a major player.

According to him, the Agricultural Sector is the fulcrum for food and nutrition security, rapid industrialisation, employment generation, sustained economic growth, and poverty reduction.

He said the need for food security is imperative, stressing that the world food summit in 1996 agreed that food security exists when all people at all times have physical and economic access.

The lawmaker said there was the need to verify the current state of small-, medium- and large-scale farming in the country.

He said despite hundreds of billions of naira appropriated to Agriculture over the years, the output in relations to production and food security was not commensurate with the amount spent.

The House, however, mandated the Committees on Agricultural Production and Services and Finance to interface with the Federal Ministry of Agriculture and relevant stakeholders to ascertain the level of food security in Nigeria.

It urged them to report back within eight weeks for further legislative action.