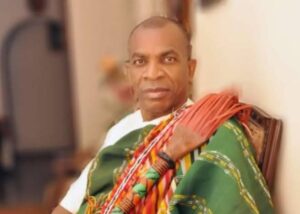 The crisis rocking the Peoples Democratic Party, PDP, in Edo State took a new dimension on Tuesday as the state chairman of the party, Dr. Tony Aziegbemi was compelled to step aside by the State Working Committee.

The State Working Committee was said to have held a meeting attended by 12 members of the exco where he was asked to step aside for allegedly raising false alarm to the national secretariat of the party particularly on harmonisation of the state exco and other sundry issues.

His Deputy, Harrison Omagbon, was directed to step in in acting capacity pending the allegation leveled against Dr. Aziegbemi would be investigated and resolved.

The State Working Committee thereafter set up a three-man committee made up of the state Auditor, Woman Leader and one other exco who our source could not recall at the moment to investigate all the allegations leveled against the chairman.

The source who pleaded anonymity said that amongst the allegations leveled against the chairman was collecting some cash from Mr. Governor without disclosing such to the State Working Committee.

“Actually, there was a State Working Committee meeting today, 12 of the exco were present and that was where they asked him to step aside.

“Asking him to step aside, they then set up a three-man committee comprising the state Auditor, the Woman Leader and one other person which name I cannot recall for now.

“Now, these are the allegations against him: that he raised false alarm on the issue of harmonisation. That he was the one who suggested to the Governor when they were talking about harmonisation that some Local Government Exco be dissolved and either they conduct a fresh Congress or put up a caretaker committee. That was when some people said no, and that if they are to dissolve exco, it should be from ward to state. So, when he knew that the thing will affect him, he then used the exco to write to the national.”

However, when contacted, Mr. Chris Nehikhare, state Publicity Secretary of the party refuted it saying he was not aware such decision was taken.