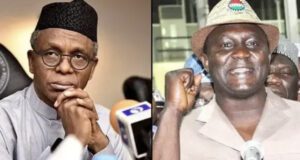 The Federal Government has summoned Governor Nasir el-Rufai of Kaduna State, and Labour leaders to an emergency conciliatory meeting on Thursday in Abuja, in an effort to apprehend the escalating industrial dispute between the Kaduna State government and Organized Labour over mass sack of workers among other alleged anti-workers’ policies.

Specifically, those invited to the emergency conciliation meeting included the Governor of Kaduna State, Mallam Nasir el Rufai and top officials of the state as well as the President of the Nigeria Labour Congress, Ayuba Wabba and top NLC leaders.