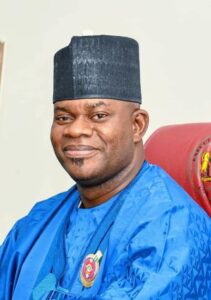 Kogi State Governor, Yahaya Bello on Tuesday said that the ruling All Progressives Congress (APC) has performed beyond the 16-year achievement of the Peoples Democratic Party (PDP).

Bello, who spoke during an interview on Channels Television’s Sunrise Daily, said his party has delivered good governance to Nigerians.

“Largely, APC has performed beyond what PDP has achieved in their 16 years of governance in Nigeria,” Bello spoke from the Kogi State Government House in Lokoja.

“APC’s successes today within six years outweigh the successes of 16 years that they ruled.

The statistics are there. We will remind Nigerians of where APC inherited Nigeria and where we are today.”

Since the return to democratic rule in 1999, the PDP has held sway at the helms of affairs, until 2015 when it was sacked by the APC.

The then APC presidential candidate and incumbent, President Muhammadu Buhari had swept to power on three cardinal promises – Fighting insecurity, fixing the economy and tackling corruption.

Suitor flogged to death during marriage rites game in kastina

Suitor flogged to death during marriage rites game in kastina

Why Obiano hasn’t been released –EFCC