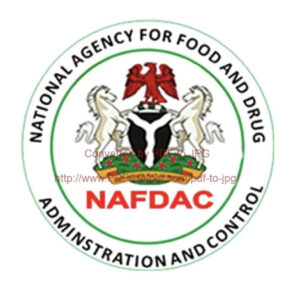 The National Agency for Food and Drug Administration and Control, on Friday, said the 10 persons reportedly dead and 400 hospitalised were victims of dangerous chemicals and additives consumed in five flavoured drinks in Kano on March 11.

The Director-General of NAFDAC, Prof Mojisola Adeyeye, said, through the agency’s Resident Media Consultant, Sayo Akintola, that many of the victims had been hospitalised for kidney conditions occasioned by the consumption of the dangerous chemicals.

She said, “I can confirm to you that it was not a new incident. Those fatalities – even though the figure I have is four, and even if one, it’s one too many – were those affected by the dangerous chemicals and additives they consumed in five flavoured drinks in Kano on March 11.

“Many of them were hospitalised for kidney problems occasioned by the consumption of dangerous chemicals. NAFDAC expresses regret over the deaths and prays to God to give the families of the departed the fortitude to bear the irreparable losses.

“We, however, reiterate our earlier warning against adding chemicals to food and drinks because of the danger inherent in such a habit.”

Adeyeye expressed concern over the damage already done to the internal organs of the victims.

She said the agency would continue to work with the Kano State Government to ensure that such a sad incident does not happen again. She also vowed that anyone found culpable in the sad incident would not go unpunished.

Meanwhile, the Karaye Emirate Council in Kano State has embarked on an intensive enlightenment campaign against the rampant usage of water-soluble flavoured drinks as part of efforts to safeguard the people’s lives.

The Emir of Karaye, Alhaji Ibrahim Abubakar II, said this while receiving a team of medical personnel from the state Ministry of Health under the leadership of its Permanent Secretary, Hajiya Amina Sani, during an advocacy visit to the emir in his palace.

According to a statement by the Information Officer of the Emirate Council, Haruna Gunduwawa, on Friday, the monarch, who spoke through the Makama of Karaye and District Head of Madobi, Alhaji Baba Kwankwaso, said the emirate council would treat the campaign with the seriousness it deserved to ensure that people, especially the rural dwellers, were educated on the dangers associated with taking such drinks.

The emir said in the light of the ongoing Ramadan, people in the emirate should desist from the consumption of flavoured drinks.