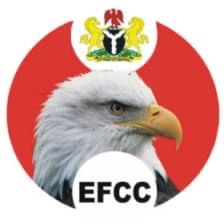 Operatives of the Uyo Zonal Office of the Economic and Financial Crimes Commission have arrested a former Attorney-General and Commissioner for Justice, Akwa Ibom State, Uwemedimo Nwoko.

Nwoko, an alleged accomplice in the N1.4bn money laundering charge against Paul Usoro, a former President of the Nigerian Bar Association had been at large for over two years.

A source said the suspect was finally nabbed in Uyo on Tuesday for his role in the conversion of N1.410bn property of the Government of Akwa Ibom State.

The EFCC spokesperson, Wilson Uwujaren, confirmed the arrest, adding that he would be charged to court as soon as investigations were concluded.