10 Facts You Should Know About Ramadan 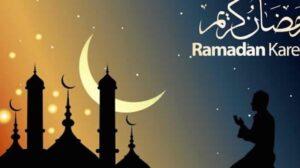 The Nigerian Supreme Council for Islamic Affairs has announced that Ramadan will start in the country on Tuesday, April 13. The NSCIA President-General and Sultan of Sokoto, Muhammad Sa’ad Abubakar, stated this on Monday in a broadcast.

So for those who don’t know much about Islam’s holiest month, here are some quick facts:

1) Ramadan is a period when Muslims worldwide fast every day from sunrise to sunset. Young children, women who are pregnant, breastfeeding or on their periods, the elderly, and people with health problems, aren’t expected to fast.

2) Ramadan does not start on the same day each year, it begins during the 9th month of the Islamic lunar calendar when the new crescent moon can first be seen.

3) Ramadan is considered a core part of the Muslims religious beliefs.

4) Before dawn, people eat a meal called the suhoor. The dusk meal is called the iftar.

5) Fasting for Ramadan may result in pounds lost or gained at the end of the month, depending on the person and how much they are eating after sundown. Ramadan is not about weight loss, it’s about connecting with God.

6) If a non-Muslim is invited to the after-sundown iftar, or the breaking of the fast meal, try to go. It’s a large communal meal and the more the merrier. A large meal is served after sunset and everyone is ready to eat and share the joy of Allah.

7) By the end of Ramadan, adults who have more food than they need must pay Zakat al-Fitr – a contribution to support people in need.

3) Ramadan is considered a core part of the Muslim religious beliefs. , the holiest night of the year. It commemorates the night that the Quran, the Muslim Holy Book, was first revealed to the Prophet Muhammad.

9) You can express well-wishes for Ramadan by saying “Ramadan Kareem” (“Have a generous Ramadan”) or “Ramadan Mubarak” (which can translate as “Happy Ramadan).”

10) After the last day of Ramadan, on Eid-al-fitr, the greeting changes to “Eid Mubarak”.