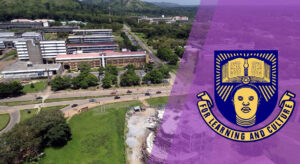 This was made known in a statement by the institution’s Dean, Division of Student Affairs, Isiaka Aransi, on Monday.

The university’s statement was a reaction to the ultimatum recently issued by the National Association of Nigerian Students (NANS), Zone D (southwest) chapter, to schools that union activities suspended across the region be reinstated or face “stiff resistance.”

But OAU said on Monday that the proposed demonstration by NANS was needless.

“It has come to the knowledge of the University Management that the National Association of Nigerian students Zone D is planning to stage a protest in respect of “resuscitation of Students’ Union in OAU,” Mr Aransi said.

“The university management wishes to inform all students that prior to the commencement of COVID-19 lockdown in March 2020, OAU had taken steps to ensure that Students’ Union was resuscitated on two different occassions but the processes were truncated due to the activities of some group of students on our university campus.

“Meanwhile, protest or no protest, the university management has already determined to reinstate the suspended Students’ Union before the end of this current 2019/2020 academic session.

“In recognition of the right of freedom of association and assembly as well as the right to ensure that students play their roles actively in decision-making processes as one of the major stakeholders in the university, the management, through the Dean of Student Affairs, took another step in January this year 2021 to present another proposal to the university senate with a view to ensuring that the students union was resuscitated.

“Accordingly, the University Senate considered the proposal at its virtual meeting in January 2021, and in its wisdom advised that resuscitation of students union being an exclusive preserve of students should not be executed virtually while the students were not on ground in the university.

“The University management hereby wishes to inform all students (and other stakeholders) that as soon as all students return to campus fully during the Rain Semester of the current academic session, machinery will be put in place to set the ball rolling concerning the resuscitation ofthe students union in OAU.”

Reacting to the development, the spokesperson of NANS, Kazeem Israel, said that the statement of OAU management was a testament to “why we must never submit the banner of struggle against oppression and victimisation.”

“As we await the official announcement of resumption from the University Senate, we expect it to be followed by a notice of reinstatement of Students’ Union activities, as anything on the contrary shall be met with stiff resistance.

“While acknowledging the solidarity from Great Ife Students’ Union Fellows (GISUF), we want to reiterate that the April 19th protest will continue as planned until OAU management issues an official notice lifting the illegal ban imposed on the Students’ Union.

“Forthwith, we ask our Students’ Union Presidents and other organs of Zone D to keep up and intensify moblisation until a notice communicating otherwise is issued by the leadership of NANS Zone D.”

The management of OAU in 2017 suspended union activities on the argument that it had plunged the school into embarrassment following students incessant protests.

Since then, the students lack a body to engage the management on their behalf in the events of concerns over poor delivery of services.

JUST IN: FG raises alarm over planned attacks on airports across the country

Ecstasy in Edo as Oba Of Benin Welcomes Quadruplets