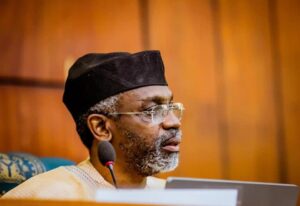 The Speaker of the House of Representatives, Femi Gbajabiamila, has accepted a petition filed by the Mutual Union of Tiv in America.

The Deputy Speaker, Ahmed Wase, had prevented the lawmaker representing Gwer-East/Gwer-West Federal Constituency in Benue State, Mr Mark Gbillah, from laying the petition before the House.

Gbillah brought the petition back at the plenary on Tuesday and it was admitted.

“Having cleared that misunderstanding, please, go ahead and lay your petition to be given proper attention.

“Having cleared that misunderstanding, please, go ahead and lay your petition to be given proper attention.

“Thank Hon Mark Gbillah. Thank you for your patience.”

Wase, who presided over the plenary of March 10, 2021, had prevented

A drama had played out as Wase prevented Gbillah from laying the petition, claiming that the House does not entertain petitions from outside the country, asking the Benue lawmaker if MUTA was registered with the Corporate Affairs Commission.

Wase had also said he was not convinced that Nigerians in America could protest against insecurity in Nigeria, ruling that the House would not admit the petition.

Gbillah had faulted the Deputy Speaker, stating that the Constitution gives Nigerians the freedom of association, adding that the House has committees that handle issues relating to foreign affairs and Diaspora.

The lawmaker also cited the example of the Nigerians in Diaspora Commission chaired by a former member of the House, Abike Dabiri-Erewa, who was Chairman of the Committee on Foreign Affairs, which intervenes in the affairs of Nigerians in other countries.

The Illegality of imposing Civil Servants as Sureties in Nigeria; By: Douglas Ogbankwa Esq.