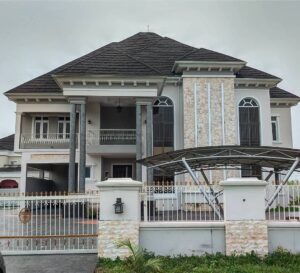 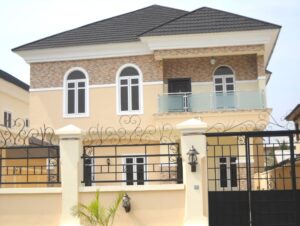 Insiders worried about the smear campaign that some uninformed friends and sympathisers of Agnes, the estranged, two timing wife of super rich dude, Leemon Ikpea, have been peddling in recent times have come out to defend the philatrophist extraordinaire whose large heart is immeasurable.

A source who has been a close family friend of the duo for more than three decades said: “What’s this smear campaign against Leemon Ikpea for? Those peddling such odious campaign are obviously on the payroll of the ill-mannered Agnes who has been accommodated by Leemon for years despite her open philandering and unbecoming attitude.

“Is it not absurd that a man would accommodate the nuisance of a supposed wife for more than three decades while still ensuring that she lacks nothing that money can buy?

“Who is that man that can avoid looking in the direction of a wife who engages in unbecoming behaviour without qualms, use some of her close family members to extort and even pilfer from him huge sums of money on very regular basis?

“This is a woman who lives a life of luxury worthy of a baronness. Some of the high net worth properties she has in choice areas of Lagos include an ultramodern building in Magodo, GRA worth more than N200million; two houses in Lekki worth N300m each; a twin duplex in Allen Avenue, Ikeja worth more than N400m and supermarts at Mile 2 worth something in the region of N150million.

“We are not talking of the several state-of-the-art automobiles that litter her garage which include two SUVs. She also enjoys regular vacations in tourist resorts scattered around the world.”

Going further, the source said: “Infact, she is a multi-billionaire by all indications. Is it not the height of ingratitude that a wife that enjoys so much luxury without any hindrance will resort to conniving with her family members and lover boys to extort and pilfer her benefactor husband?

“To add salt to injury she has the strong backing of her mother even when it is revealed that she engages in unholy alliance with aides of her husband to the extent that she would unashamedly go stark naked in public to defend a driver who her husband sacked for his criminal activities.”

It seems the insiders are getting their gunpowder loaded for the mother-of-all revelations on the list of some notable socialites and the lowlife individuals that she has been associating with over the years.

How Femi Fani-Kayode Beat Me During Pregnancy, Drugged Me – Ex-Wife, Precious Chikwendu

Why Obiano hasn’t been released –EFCC