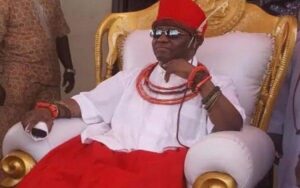 The approval of the new Ohen-Osa of Benin national church by the Oba is sequel to the recommendation of elders council of the church.

Holy Aruosa Cathedral, Benin, is said to be the oldest church in West Africa founded in 1506 during the reign of Oba Esigie.

Mr. Frank Irabor, secretary of Benin Traditional Council (BTC) disclosed this in a press statement made available to newsmen in Benin City, the Edo State capital.

The statement directs the new top priest to immediately open the church which was temporarily under lock and key for worship and spiritual activities.

Recall that Mr. Harrison Okao, the presiding Priest of the Holy Aruosa Cathedral, was on February 4, 2021, relieved of his roles as the priest of the Cathedral for allegedly violating the age-long tradition of the church

Hannah Donker talks being The Weeknd’s love interest in ‘Secrets’