Prime Issues on the Edo State House of Assembly; By :Douglas Ogbankwa Esq 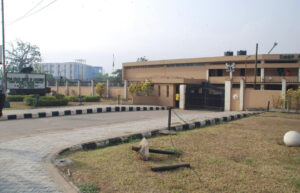 1. The suit at the Edo State High Court was already pending when in December 2019, when Hon Okiye and Co. purported to declare some seats vacant in the Edo State House of Assembly (EDSHA), without allowing the Court to determine the legality or otherwise of the purported inauguration done with minority of the members at the thick of the night outside parliamentary hours, which is an illegality ab initio. See

*That the House of Assembly of a State is not a secret cult ,when you hold meetings at nocturnal hours of the day ,outside public scrutiny and public access.The House of Assembly is a Public Institution that must hold its Sittings within Parliamentary Hours (10 am to 4pm)*”

2. When in December 2019, the Hon Okiye and Co. purported to declare those seats vacant, the suit in the Federal High Court, Abuja was filed joining INEC as a party to the suit since the EDSHA, albeit illegally, directed INEC to conduct Election to fill the vacant seats.

3. A motion exparte for an injunction was moved midway and the court directed the Defendants to come and show cause, INEC came to court orally to say it would await the outcome of the cases. The court directed INEC to put those facts in an affidavit form which was done ,filed and served on Parties.

4. Upon becoming aware of INEC’s position the other Defendants filed their affidavit to show cause and brought the votes and proceedings to say that they declared only two seats vacant, and that they did not declare the seats of those not sworn in vacant,this is a filed Affidavit in Court . Even at that those two Seats can not be declared vacant, because from June 2019 to December 2019, is not up to One Legislative Year, for the purpose of determining the number of days the said members have been absent from meetings of the House and the declaration of the Seat of a Member of a House of Assembly vacant is a process that requires giving the member notice in writing in advance of the intention of the House to declare his seat vacant, allowing the Member to defend himself, a physical examination of the Attendance Register with the member, setting up of a Committee to ascertain the allegations against the member, the Committee reporting back to the House its findings, a consideration of the Findings of the House by a Committee of the whole and votes being taken thereafter on the issue and an issuance of the Hansard of the House on the issue is what completes the Process.This is in keeping with the Constitutional threshold of fair hearing, which ensures due process and not leaving the fate of an elected representative of the people to the vagaries of Political expediency and intrigues.The Law is always a guide. On the above proposition of law, See:

5. On the strength that those seats were not declared vacant, PDP and its candidates who lost in the general election initiated a suit at the Federal High Court, Benin City asking that the court should declare them winners as the members denied access to the Chambers had refused to subscribe to their oaths of office,which has been done any ways.

6. PDP did not join the members who took oath but acted on the assumption that those seats were already vacant which is not true .

7. If the constitutionality of the inauguration of the House is being challenged, can you declare any seat vacant in view of the Law put in place by the SupremeCourt in the case of Ojukwu v. Military Governor of Lagos State ?

10.Can you declare an unoccupied seat vacant?For a seat to be declared vacant, it must have been occupied in the first place. Section 91 of the Constitution says a House of Assembly of a State shall consist of of not less than 24 Members and not more than 40 Members.Any House of Assembly that consists of less than 24 Members is an illegality ab initio .The Constitution state clearly “Shall”.When the Word “Shall is used in Law ,it does not allow on any derogation from the stipulation of the Law .You must conform,else your actions becomes academic .There are a plethora of Authorities on this score .

11. Section 91 of the Constitution of the Federal Republic of Nigeria,1999 (As Amended), provides this:

*Subject to the provisions of this Constitution, a House of Assembly of a State shall consist of three or four times the number of seats which that State has in the House of Representatives divided in a way to reflect, as far as possible, nearly equal population:

Whenever the word “shall” is used, it indicates compulsion and a mandatory obligation that can not in any way be derogated from. Section 91 (1) of the Constitution of the Federal Republic of Nigeria,1999 (As Amended), provides thus:

“The Quorum of a House of Assembly shall be one-thirds of all Members of the House.”

12. In the Section relating to the declaration of the Seats Vacant, the Constitution talks about Members and not Members-elect.

Section 109(1)(f) of the Constitution of the Federal Republic of Nigeria,1999 (As Amended) provides thus:

…A Member of a House of Assembly shall vacate his seat in the House, if without just cause, he is absent from Meetings of the House of Assembly for a period amounting in the aggregate to more than one third of the total number of days during which the House meets in any one year.

13.There is no ambiguity whatsoever. It is trite Law that the express mention of a subject is the exclusion of another and no matter how beautiful your argument is, your argument can never take the place of the Law. The Law is clear and unambiguous on this score. Members-elect are not Members. It is the inauguration of a Member-elect that makes him a member. How can a Member that has not been inaugurated be taken as a Member for the purpose of declaring his seat vacant.

13.The Federal High Court, Port Harcourt Judgment is of the Authority that Proclamation can not be done twice. Once the House is proclaimed, flowing from the theory of separation of Powers, which properly delimits the Executive, Legislative and Judicial Powers of the State as enshrined in Sections 4,5 and 6 of the Constitution of the Federal Republic of Nigeria,1999, (As Amended), activities of the House are within the province of the Internal Affairs of the House that borders on Political Question, that is not amenable to the control of the executive, but the Moderation of the Courts vide Judicial Review. See *Balonwu v. Governor of Anambra State (2009) 18 NWLR (PT. 1172) 13,SC*

14.A situation, where a small proportion of the Minority seizes the Sovereignty of the people, is akin to the Hobesean State of Nature, where life was nasty, solitary and short.

A State thrives on the balance of power and the vagaries of alternative choices.

14.If the Constitution mandates that there must be at least 180 sitting days in a year (which is one calendar year). It is impossible to have declared those seats vacant early in December 2019 because from 17/6/2019 to early December, 2019, you do not even have 180 days!!!!

“Peace is not just the absence of war,but the presence of Justice ”

And “In Monarchy the king is the Law,in a Democratic the Law is the King “.

How can a House of Assembly that does not follow the Law ,make Laws ?
A painful paradox that may end up as a catharsis .

What ever has beginning ,will definitely have end !

Douglas Ogbankwa Esq . @ douglasogbankwa@gmail.com, is a Benin Based Lawyer ,who is the Convener of the Transparent Bar Initiative and the Benin Writers’ Society.

BREAKING: No Survivor as Military aircraft crashes in Abuja

A Special Tribute to Chief (Dr.) Scotty Asuen - the Osarenwanta of Benin Kingdom as he goes home in a Blaze of Glory, By: Douglas Ogbankwa Esq.