The Nigerian Constitution in recognition of the Federal Structure of our dear Country, created the States Independent Electoral Commissions.The Commissions however 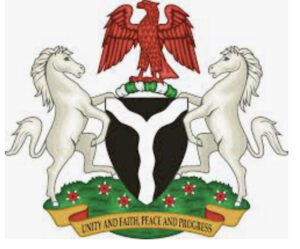 are anything, but independent! In fact, they can be aptly termed States Independent Selections Commissions. An indication ,of the selection of Candidates of the Ruling Party in every State of the Federation and the impunity ,with which it is done.

In some States,the Local Government Elections Tribunals are willing collaborators, giving Judicial Officialdom,to the wanton rigging that pervades the process.The hallmark of democracy, is the freedom to choose your leaders ,if this is lacking ,then we have no business in the Matter of Elections Local Government Councils are a critical component of Government. They take care of development at the grassroots.

We can not continue to treat this issue with kid gloves.In this vein, we call for the expediting of the amendment of the Constitution, to remove the conduct of Local Elections from SIECS and imbue INEC with the powers to do so. This way ,we can have free and fair Local Government Elections to a reasonable extent and not the Coronation Exercises,termed Local Government Elections,where people do necessarily win Elections,but are declared Winner .

Many of the Ruling Parties in the States may be beneficiaries today,but tomorrow they will be victims .

NDLEA seize N1.4Billion Worth of Cannabis in Edo, Arrest Vigilante Chairman, others

NDLEA seize N1.4Billion Worth of Cannabis in Edo, Arrest Vigilante Chairman, others