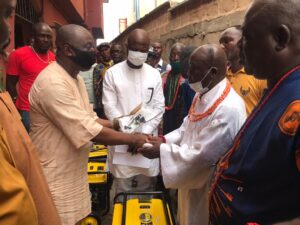 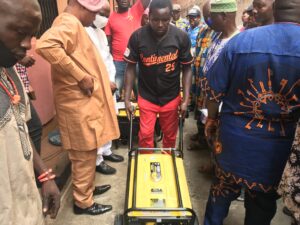 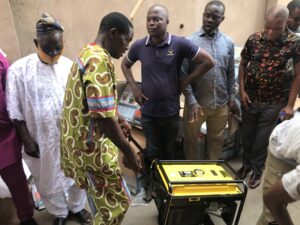 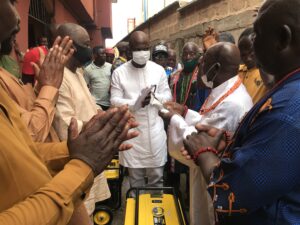 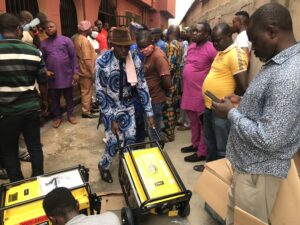 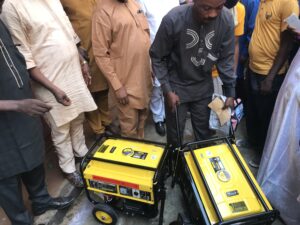 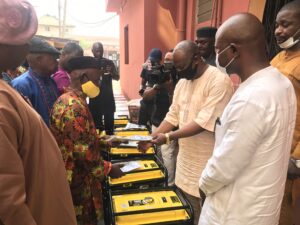 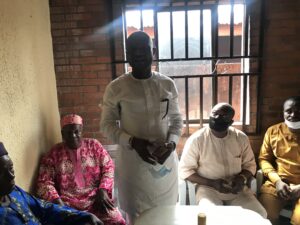 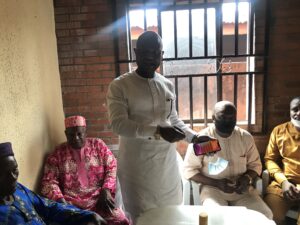 Hon. Dennis Idahosa, member representing Ovia Federal Constituency in the National Assembly, has provided no fewer than 80 2.5kva generators to some selected community heads in the constituency.

The lawmaker who personally handed over the generators to the beneficiaries, said that the gesture was to enhance their roles as the traditional heads of their various communties.

He noted that he was not unaware that the epileptic power supply to the areas have not helped the communities heads (Odionwere) in the discharge of their roles in their respective communities.

He admonished the community heads to place the issue of security in the front burner and also ensure that peace reigns at all times in the various communities.

Idahosa who used the opportunity to reel out some of his achievements as their representative, said he would continue to prioritise the issue of education and empowerment of youths and women.

He said there were currently about 13 ongoing school construction and renovation projects that are different stages of completion.

Idahosa who is the chairman, House Committee on Legislative Compliance, said that some of the schools being constructed will put a stop to many of their children that have had to go to neighbouring state to attend school.

“It was a sorry story and informed part of the reason why we had to intervene. We had some of our communities without a secondary school and the students had to travel to neighbouring Ondo State to acquire further knowledge.

“We even had some cases in some communities where Primary Schools had to be merged with Secondary Schools because of lack of classes,” he stated.

While ensuring his constituents of his influence of more developmental projects, he said they should expect mind blowing projects that he was able to influence in the 2021 budget.

Speaking on behalf of the beneficiaries, Mr George Idehen who represented the Odionwere of Okada, commended the lawmaker for the gesture, especially remembering the elders.