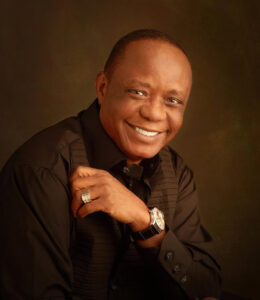 I shall pass through this world but once. Any good therefore that I can do or any kindness that I can show to any human being, let me do it now. Let me not defer or neglect it, for I shall not pass this way again

The Immortal Words of the above indicated French States Man- -Stephen Grellet posited above ,aptly captures the benevolent disposition of the Captain Hosa Wells Okunbo who has imprinted his foot in the sands of time with his predilection for magnanimity and his perchance for job creation through his variant entrepreneurial trajectories in Edo State and beyond .

It is in appreciation of his contribution to the positive development of the Nigerian Society, that I render this special birthday Tribute in celebration of his life which has been a blessing to many in many ways .

It was Margaret Thatcher the former British Prime Minister that said :

The good Samaritan would not have been known ,if he was just good, he became known because he had money to portray his goodness

Captain Hosa’s Principle about life is Utilitarian,to wit:Using his God given Wealth to ensure the happiness of a greater number of people .

As he celebrates his birthday today ,I find solace in the words of Ralph Welda Emerson that posited thus : At the end, it is not the length of life that Matters ,but the depth of Life

It is in depiction of the above indicated aphorism that in 2019, Captain Hosa Okunbo was honoured with the prestigious Global Peace Award, in Geneva, Switzerland, by H. E. Robert Blum, in recognition of his efforts in ensuring global peace and for his business innovations. He was also bestowed with the prestigious Order of Lafayette award at the United Nations day for Global Peace.

He was particularly honoured for fostering peace and harmony in Africa and other parts of the world .He has also been honoured with multifarious public and private awards, honours and commendations , across the globe.

He is a lover of the Arts and a promoter of the culture and mores of the Great Benin Kingdom,his place of birth .

He has contributed immensely to development of the Nigerian Society as a silent achiever in the salient aspects of life endeavors and he is a Business Magnate with Business Interests spanning the various strata of the Nigerian Economy and Beyond .

As you celebrate your Birthday today sir ,may the good things life never depart from your sight and may you be blessed with long life ,more prosperity and an excellent health .

Happy Birthday to you “Kapi”,there are still *Greater Years* ,ahead sir !