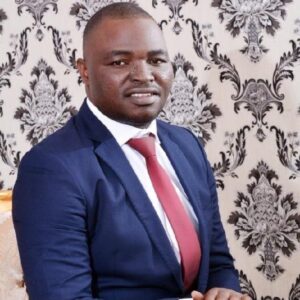 Section 285 of the 4th Alteration to the 1999 Constitution of the Federal Republic of Nigeria, provides amongst others for a time line for the completion of election petitions and /or pre-election matters in the Country. It prescribes a time-line of 180 days for the trial and disposition of pre-election matters by the trial Courts and a time line of 60 days each for the hearing and conclusion of appeal at the Court of Appeal and the Supreme Court.

The implication of this is that any election petition or a pre-election matter that is not concluded within these time frames would lapse and automatically become statute barred.

In view of this time constraints, the Practice Directions regulating the practice and procedure of the trial of election petitions and pre-election suits have been streamlined in a manner to ensure that expeditious trial and conclusion of these sui generis matters are guaranteed.

Some of the innovations include, but not limited to, provisions for a day to day sittings of these courts especially during trial, the allocation of time limit for counsel in the course of examination-in chief and cross-examination of witnesses, the tendering and admission of documents em bloc amongst others.

However, one grey area that requires some resolution is whether the Practice Direction can permit the Federal High Court to sit during the Xmas annual vacation holiday, on public holidays or on Sunday, which has been adjudged to be a non juridical day. However , before a focus on the Practice Direction, it is apposite to x-ray the position of the substantive Federal High Court Rules on these issues.

By the provisions of Order 46 of the Federal High Court Rules, specific provisions regarding the sitting of the Court during vacation, public holidays and on Sundays are abound.
Specifically, Order 46 (1) provides:

“Subject to the Directions of the Chief Judge, sittings of the Court for the dispatch of civil matters will be held on every week day except:

(a) A public holiday

(b) During the week beginning with Easter Monday

(d) During the long vacation, i.e the period beginning in any day in August and ending on a date not less than six weeks later ending on a Friday as the Chief Judge my by notification in the gazette appoint.

Order 46 (7) provides that “ No business shall be transacted in Chambers on Sundays and public holidays.”

A community reading of these provisions reveal that it is ordinarily not right for a Court (not designated as the vacation court) to sit during the annual vacation period referred to in Order 46 (4) (d), or for a Court to sit during the Xmas and Easter holidays or even on a Sunday. However, these are clearly subject to the discretion of the Chief Judge of the FHC. Clearly, Order 46(4) aforesaid is made subject to the “Directions of the Chief Judge”, this is where the Practice Directions become relevant.

The Practice Directions and the Sitting of the Courts

Although, the Practice Direction contains sundry provisions on the practice and procedure of pre-election matters, however, the relevant provisions therein are those of case scheduling and the trial of such matters.

By the tenor of this Practice Direction, a Judge handling a pre-election matter can sit from day to day including the weekends in order to expeditiously dispose of the suit. In addition to this, the Courts annual vacation would not affect pre-election suits already pending before a Federal High Court. The salient provision can be surmised as follows:

“Nothing in the Federal High Court Rules 2019 shall prevent a judge from hearing a pre-election matter already pending before the Court , during the vacation period until judgment is delivered”

However, it appears that apart from the provisions dealing with the restriction of petitions against a Judge handling pre-election matters, there are no direct provisions on the sitting of the Court during the Xmas holidays.

Accordingly, although the Court can continue the hearing of a pre-election during the annual vacation referred to in Order 46 (4) (d) of the FHC Rules, this may not be the case with the annual xmas holidays referred to in Order 46 (4)(c) of the Rules. It is therefore inferable that with regards to the Xmas holidays beginning on the 23rd of December and ending on the 5th of January, it is either the trial Court will have to exercise his discretion in determining whether to sit during the period or he must elicit the consent of the parties and their respective counsel to sit during these periods. This is because Order 46 (1) gives him to leverage to do so.
It provides as follows: 46 (1) provides:

So, relying on this provision as well as section 285 of the 4th Alteration to the 1999 Constitution, the Judge can direct that parties appear before it for the continuation of the trial even during the holiday period commencing from the 23rd of December 2020 till the 5th of January 2021.

It is my opinion that, in order to avoid any legal logjam, it is advisable that the Court avoids the temptation of sitting on the public holidays of the 25th and 26th of December 2020 and the 1st of January 2021.

However, with respect to the intervening Sundays, since legally it is not a public holiday, the Court can sit on those days pursuant to the Judge exercising his powers pursuant to Order 46 (1) of the Federal High Court Rules .This is because by virtue of Section 7 of the Public Holidays Act and the Schedule thereto, Sunday was not listed as public holiday.

Furthermore, the fact that Saturdays and Sundays are not public holidays is confirmed by section 5 (c) which provides as follows: “ if two days appointed as public holidays fall successively on Saturday or a Sunday concerned and no additional day or days in lieu of Saturday and Sunday shall be kept”

However, it must be noted that section 15(5) of the Interpretation Act defines a “holiday” to include a “public holiday’ and a “Sunday”

Having regard to the foregoing, it is expedient for our lawyers to file an urgent application before the Court seeking his leave to sit on a day to day basis including Sundays during the xmas holiday that is schedule to commence on the 23rd of December 2020 and to end on the 5th of January. Although, the FHC holidays will commence earlier, the application can be restricted to these days because the vacation declared by the CJ of the FHC is covered by Order 46 (4 ) of the FHC Rules.

This application should be made either orally before the Court or made to the CJ.

A formal application by way of a motion is inadvisable as the Defendants would want to contest it and ultimately achieve their aim of winding down the time, so that the suit can lapse.

Merry Christmas and a prosperous New Year in advance.

Covid 19: How Wells Carlton Hotel Is Improving Safety Standards For Its Clients

Covid 19: How Wells Carlton Hotel Is Improving Safety Standards For Its Clients