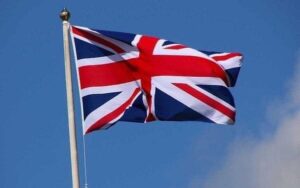 The United Kingdom (UK) is set to borrow £394 billion to deal with the economic impact of the coronavirus pandemic.

Its Chancellor of the Exchequer, the country’s national treasury, Rishi Sunak, stated this on Wednesday while presenting the 2020 spending review at the UK House of Commons.

He said the pandemic would result in the shrinking of the UK economy by 11.3 per cent and also lead to a rise in unemployment figures.
This is the highest ever amount the UK will borrow in its peacetime history.

Sunak said the office for budget responsibility (OBR) expects growth of 5.5 per cent in 2021 and 6.6 per cent the following year.

He added that British government has slashed its foreign aid budget to 0.5 per cent of national income as it looked for ways to help pay for the COVID 19-induced economic crisis.

Sunak’s move to suspend the UK’s commitment caused an immediate outcry with anger from development organisations and one minister resigning.

Sunak said the decision, part of an annual review of government spending, came at a time of unprecedented crisis and the “government must make tough choices”.

“During a domestic fiscal emergency, when we need to prioritise our limited resources on jobs and public services, sticking rigidly to spending 0.7 per cent of our national income on overseas aid is difficult to justify,” Sunak said in a speech to parliament, pointing to record high peacetime borrowing levels.

The 0.7 per cent foreign aid target was originally unveiled by Tony Blair in 2005 when he led the country, and was a commitment made by the ruling Conservative Party in the run-up to last year’s election.

“We will continue to protect the world’s poorest, spending the equivalent of 0.5 per cent of our national income on overseas aid in 2021, allocating £10 billion at this spending review, and our intention is to return to 0.7 per cent when the fiscal situation allows,” said Sunak.
The government minister for sustainable development, Liz Sugg, resigned over Sunak’s decision, saying it diminished Britain’s global influence.