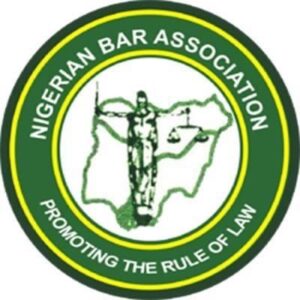 The Nigerian Bar Association (NBA), BeninBranch, on Thursday announced that it is offering free (pro bono) legal services to petitioners coming before the Edo state judicial panel of inquiry for victims of SARS and other related abuses.

It said “The Nigerian Bar Association Young Lawyers’ Forum Benin (Lion) Branch (NBA YLF Benin) has followed with concern, the sittings and proceedings of the Edo State Panel of Inquiry for Victims of SARS and other Related Abuses chaired by Justice Ada Ehigiamusoe and has keenly noted that there is a need for legal practitioners to assist some of the petitioners coming before the Panel”

“While we acknowledge the fact that it is not mandatory for petitioners to have legal representation, it has however been observed that these petitioners, especially the indigent and illiterate ones, need the services of legal practitioners to help them properly present their cases before the Panel.”

“In view of the above concern, the NBA YLF Benin has set up a Legal Team made up of Young Lawyers to provide pro bono legal services to victims of police brutality and related abuses who wish to petition the Panel of Inquiry.”

While urging members of the Legal Team to remain committed to delivering on their mandate, the Young Lawyers commended the Chairman of the NBA Benin (Lion) Branch, Pius Oiwoh for his support and sincere concern in seeing that the voice of the Bar is heard at all times, especially in matters that affect public interest and commend all Young Lawyers who have volunteered, “notwithstanding the inconvenience and harsh economic conditions, to provide pro bono legal services to deserving members of the public.”

A Practical Approach to the Independence of the Judiciary in Nigeria; By Douglas Ogbankwa Esq.

How NDLEA arrested kingpin who ingested 87 wraps of cocaine