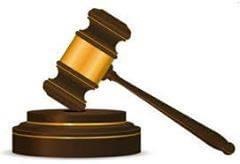 The House of Assembly of a State in Nigeria is a Creation of the Constitution of the Federal Republic of Nigeria,1999 (As Amended).

Section 90 of the Constitution of the Federal Republic of Nigeria,1999 (As Amended),States thus:

In the same vein the composition of the House of Assembly is also a Creation of the Constitution.

Section 91 of the Constitution of the Federal Republic of Nigeria,1990 (As Amended ) States that :

A cursory appraisal of this Sections depicts the compelability pre emtory obligation which this Sections provides that can not be derogated from in any away. This is because of the use of word “Shall”, in indicating the Membership of the House .It has been held in a plethora of cases that the word “Shall” places an obligatory burden on an persons to do a thing the same way it has been stated and no other way .The word “Shall”, is a command that elicits compulsion and nothing else.

It used to be the Law until 2017 ,that a House of Assembly can only suspend a Member based on the Law Guiding the House.

For Example in Edo State according to Section 31(2) of the Legislative Houses (Powers and Privileges), Law of Bendel State, applicable to Edo State, states, if I may paraphrase that a suspension shall not exceed the end of the next legislative, after the said suspension. This case we’ll expoused in the Zakawanu Garuba’s case at the National Industrial Court, where presiding judge stated thus :

“In my humble view is in the affirmative to the effect that indeed the House of Assembly has the power rightly to suspend a member of the House from the sitting of the House, but then such power has been circumscribed by the said law that gave it such power. Thus while the House of Assembly can suspend a member such suspension is limited to what has been provided in the provision to the said Section 31(2) of the Legislative Houses (Powers and Privileges) Law of Bendel State, applicable to Edo State and this is clearly stated in the provision to “the last day of the meeting next following that in which the order is passed, or of the session in which the order is passed, whichever shall first occur.” The defendants counsel had argued that the suspension was for an indefinite period and therefore continued to subsist until it was resolved by the House of Assembly, the 1st Defendant, on 20/12/2010 to lift same. The point here is the inability of the learned counsel to point to any provisions of any law that justified the taking of the step by the 1st Defendant in suspending the claimant indefinitely or lifting same when it deemed fit. The 1st Defendant is bound by the provisions of the law and its actions too must be guided and justified on the basis of the law. Here the decision of my learned brother, Bello, J of the High Court of the Federal Capital Territory, Abuja cited and relied upon by the learned claimant’s counsel in the case of Hon. Dino Melaye & 4 Ors Vs. The Speaker, House of Representatives & 2 Ors unreported Suit No: FHC/ABJ/CS/480/2010, in which the court held that the House of Representatives had no power to suspend the plaintiffs for more than 14 days in line with the provisions of Order X Rule 5 (4) of the Rules of the House is very relevant to the point in issue. The said decision is of strong persuasive authority to which I entirely agree that a legislative House cannot be said to possess the power to act in breach of its powers and resorting to its whims and caprices by shoving aside the clear and unambiguous provisions of the law in the name of punishing any person whether its member or not.

See the votes and proceedings of the 1st Defendant of 22/2/2010, Exhibit “A” and that of 24/2/2010, Exhibit “B”. Thus there is no dispute as to whether or not the 1st Defendant sat on the 24/2/2010 after the suspension of the Claimant. Also the session of the House in which the claimant was suspended commenced on the 5/6/2009 and ended on the 4/6/2011; See paragraph 12 of the Claimant’s Statement on Oath. These pieces of evidence all go to show that the claimant’s suspension should have elapsed by force of law in accordance with the provisions of Section 31(2) of the Legislative Houses (Powers and Privileges) Law of defunct Bendel State, applicable to Edo State on the 24th day of February, 2010 which was the legislative day next after the suspension and came first before the expiration of the legislative session which came later on 4/6/2010 and I so hold. Thus the 1st issue is hereby resolved in favour of the claimant.

On the second issue, which is whether or not the Defendants prevented the claimant from sitting in the House after the 24/2/2010, the date on which his suspension elapsed by force of law, the Claimant stated in his evidence on oath that he was prevented from entering the premises of the 1st Defendant and that on the only day he gained entry onto the Chamber of the 1st Defendant he was ordered to be removed from the said Chamber.

See paragraph 13 of the written statement on oath of CW1 and his evidence under cross examination. However, the Defendant’s witness DW1 gave evidence that the Claimant was allowed to enter the premises of the 1st Defendant following his suspension. DW1 further stated under cross examination by the claimant’s counsel that after the lifting of the suspension by the 1st defendant on 20/12/10 conditions were placed on the claimant before he could resume sitting and that he did not meet those conditions. I have carefully considered the evidence of the witnesses for the claimant and the defendants on the issue of the prevention of the claimant from gaining entry into and participating in the proceedings of the 1st defendant; and also of the defendants that the claimant refused to resume sitting after the lifting of the suspension. I believe the evidence of the claimant that on 13th April, 2010 he went into the Chambers of the 1st Defendant but was ordered removed by the 1st Defendant, ostensibly on the ground that the claimant was still under suspension. I also do not believe the evidence of the defendants on this because putting the said evidence on the scale of justice, it is more likely to tilt in favour of the claimant since the 1st Defendant in this case acted on the belief that the Claimant was rightly on suspension up until the 20th of December, 2010, a position which this court has held not to be the case as the said suspension lapsed by operation of law on 24th day of February, 2010. Thus the Claimant was unlawfully prevented from sitting after his suspension had lapsed by operation of law on 24th of April, 2010 and I so find and hold

However this is no longer the Law as the Law now is that a House of Assembly cannot suspend a Member of the House as doing so will deny his constituents represemtation as enshrined in the Constitution of the Federal Republic of Nigeria,1999 (As Amended).

Again, the relationship between a Member of House and the House is not that of a Master Servant Relationship, instead the Member is a representative of his people who Membership of the House is guaranteed by the Constitution and no other person or persons .

This was the position of the Court of Appeal in the case of : SPEAKER BAUCHI STATE HOUSE OF ASSEMBLY v HON. RIFKATU SAMSON DANNA (2017) 49 W.R.N

This case above is the locus classicus decided by the Court of Appeal on the issue of suspension of a Nember of a House of Assembly. The following are the facts of the case:

The Respondent in case was a member of the Bauchi State House of Assembly and she was indefinitely suspended. She filed a Suit at the Bauchi State High Court questioning the Resolution of the House. Judgment was delivered in her favor, the House appealed the issue to the Court of Appeal and the Court of Appeal reaffirmed the decision of the High Court.

The court of Appeal states that the law maker, not being an employee of the House can neither be suspended nor withheld of his entitlements i.e salary and other allowances. The court while making decision on the provision of section 111 CFRN 1999 states: “The fixing of salaries and wages of the respondent lies within the province of the Revenue Mobilization Allocation and Fiscal Commission under section 111 of the constitution, certainly not the 1st and 2nd appellants. The 1st and 2nd appellants have no right to interfere with the salaries and allowances of the respondent serving as a member of Bauchi State House of Assembly.

The Court further had this to say about the illegality of the suspension: “Any member of the Bagoro constituency could have timeously challenged the indefinite suspension of their choice representative in the Bauchi State House of Assembly on the grounds that their accrued rights had been violated or breached by the appellants. The conduct of the appellants is the tyranny of the majority against an elected minority of the Bauchi State House of Assembly”.

The position above are the Laws on the twin issue that are subject of this exposition.The fact that some Houses of Assembly are engaging in naked illegality does not obviate from the sanctity of the position of the Law which grinds slowly but surely. It is therefore the contention of this article that it is an utter illegality for any House of Assembly to constituted with less than twenty four (24) members and the indefinite suspension of a member (s) of the House of Assembly is a gross violation of instant laws of the land and the constitution of the Federal Republic of Nigeria.

Douglas Ogbankwa Esq.,the immediate past Publicity Secretary of the Nigerian Bar Association,Benin Branch is a Benin Based Legal Practitioner .He can be
reached on douglasogbankwa@gmail.com.

2023: Popular Prophet Advises APC On Who To Choose As National Chairman [See Names]