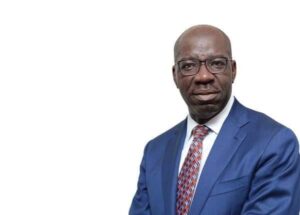 The Coalition for Good Governance and Economic Justice in Africa has urged governor Godwin Obaseki to embark on solid developmental projects, rather than attach needlessly high glory to routine payment of monthly salaries and allowances of workers.

In a statement signed by the Executive Director of the non-governmental organisation, Mr. John Mayaki, clarified saying “Payment of workers salaries, though a critical necessity as the workers worked for their earnings, will in no way bring desirable progress and development to the people of Edo state. Mr Governor, please get to work.”

The statement maintained that the state has retrogressed ‘horribly’ in the last four years in social and infrastructural facilities, a situation which was blamed on what the NGO called “Governor Obaseki’s pretentious governance.”

Urging the governor to take a cue from his predecessor, Comrade Adams Oshiomhole’s two terms which it described as excellent and trail blazing, it noted that payment of salaries and allowances of workers cannot bring roads, lay piped water into communities, renovate schools, erect bridges and other needed infrastructures.

It read: “I am quite sure Edo people are disappointed that in this age and century, governor Obaseki has been making a celebration of mere payment of salaries of workers. Who could have paid for the workers time they committed on sustaining the state structure through their services?.

“Good as payment of the salaries is, It is not to be assessed and recorded as achievement because genuine developmental governance goes far beyond such to include construction of roads and bridges, renovation of schools, equipping of hospitals for requisite deliveries.

“As we lament this, Edo state is becoming a cynosure of eyes for it’s bad and terribly misshapen roads, even as erosion takes over most parts of the capital, Benin city, whenever it rains. This is not what Edo people experienced under Oshiomhole’s administration.

“Please, kindly realise that paying salaries cannot be part of your so-called MEGA Agenda for the state, a document which only you know what it is and how it looks, as no one has ever seen or read same in print!

“Mr. Governor, please do not forget the failed Gelegele project. Permit me to also remind you that the College of Agriculture, Iguoriakhi, School of Nursing and College of Education, Ekiadolor, among others have all shut down under your watch. Mr Governor, please do something meaningful, stop deceiving Edo people with payment of salaries,” Mayaki said.