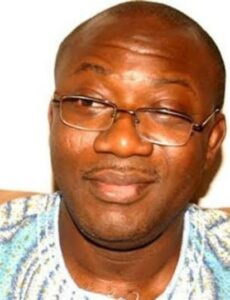 A statement by the party on Friday said the governor was suspended due to “his numerous anti-party activities, especially his role in the recently concluded governorship election in Edo State, which is contrary to the provisions of Article 21 (A) (ii) of the APC Constitution.”

A second allegation against Governor Fayemi was that he played a role in the governorship election in Oyo State and supported the PDP candidate to defeat the APC candidate.