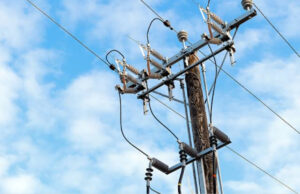 A group; The Nigerian Patriots has cried out to the federal government saying that the only way to solve thle crisis in the power sector is to check energy theft which is mostly being done by steel companies which are the biggest consumers of power.

It said some of these steel companies are scattered in Lagos State axis, Abuja (FCT), Abia State, Edo State, Osun State, Kaduna State, Kwara State, Ogun State, Delta State and Anambra State. Many of these companies pay little or nothing for power consumed by their factories.

These steel companies the group said are actually stealing electricity power from Ijebu-Ode-Ayede 132KV line, one of the oldest line which is being managed by Ikeja and Ibadan DISCOs.

A statement by Steve Olarewaju said these companies have been stealing power for many years and they installed their own transformers substation in their respective companies with panel meters allowing them to adjust and or change the checking meters at will, giving room for electric power to be stolen which has resulted to government losing over 10 Billion Naira as revenue monthly.

He said at least 30% of the energy generated is dishonestly diverted and stolen by some disreputable individuals and organisations.

We are using this medium to express our utmost disappointment that the federal government, law enforcement agencies and other agencies in the power sector have also displayed a clear lackadaisical approach into checking the loopholes bedeviling the power sector with a view to correcting the anomalies. There are various provisions in our laws to take care of these infractions in the power sector such as Section 286(2) of the Penal Code LFN 2004 states that “whoever dishonestly abstracts, diverts, consumes or uses any electricity or electrical current is said to commit theft”. It is also critical to note that this crime is punishable under Section 287 of the Penal Code with imprisonment for a maximum term of five years or with a fine or with both fine and term of imprisonment.

Instruct all the steel companies to use CT-VT combination meter in Nigeria to be calibrated periodically with good seal from both DISCOS and government unit, and a federal government monitoring team put in place.

Mr. President, you are in the half of your second term in office and one of the legacies you must leave for whoever will succeed you is improved electricity to all Nigerians so that the man in the rural areas would care less of city life.