The Governor, while inaugurating the security organization at the IBB Square in Makurdi, the state capital, re-emphasized the resolve of his administration not to allow any group of people who are hell bent on causing trouble in the State to succeed.

Ortom who disclosed that the recurrent and wanton attacks by terrorist Fulani on unarmed and innocent people of Benue State had claimed over 5,000 lives from 2011 to date, recalled how 73 persons were killed in a single attack in January 2018 as well as 17 other persons, including two catholic priests were killed in another attack by herdsmen in April of the same year.

“Today, Nigeria’s security architecture is gasping for breath as nobody is safe anymore. The worsening insecurity in the country has complicated Benue State’s security situation as other forms of criminality have started creeping in due to the Federal Government’s refusal to decisively address insecurity.”

The Governor noted that it was as a result of this failure that the Benue State Government under his watch, decided to revisit the Benue State Vigilante Law of 2000, which was enacted to complement the conventional security agencies in the State to address emerging security issues.

He said the Law had to be amended by his administration to pave way for the Volunteer Guards to assist the conventional Security Agencies to curb insecurity in the State.

“By the provisions of the new Law, the Benue State Community Volunteer Guards can therefore now carry legally approved weapons which we have duly provided.

“In addition, given the fact that the Federal Government has consistently failed to disarm the Fulani terrorists who have continued to maim and kill our people at will, the State Government is going to apply for a License to legally procure AK47, AK49 and other sophisticated weapons for the Benue State Volunteers Guards to enable them tackle these murderous terrorists effectively.

“To do this effectively, the Benue State Government had approved a two-week capacity building programme for Five Hundred (500) personnel of the Community Volunteer Guards to learn some basic paramilitary aspects.

Ortom further disclosed that the training which began on 29th June, 2022 with 500 participants drawn from the 23 Local Government Areas and the three Senatorial Districts of the state ended on 12th July, 2022 even as he added that a date for the Batch 2 would soon be announced.

“As we all witness the Passing-out Parade of these able bodied young men, we believe that security will improve in Benue State. Similarly, the issue of Banditry, Kidnapping, Robbery, and most of all, the issue of terrorists Fulani herdsmen attack would be reduced to the barest minimum. 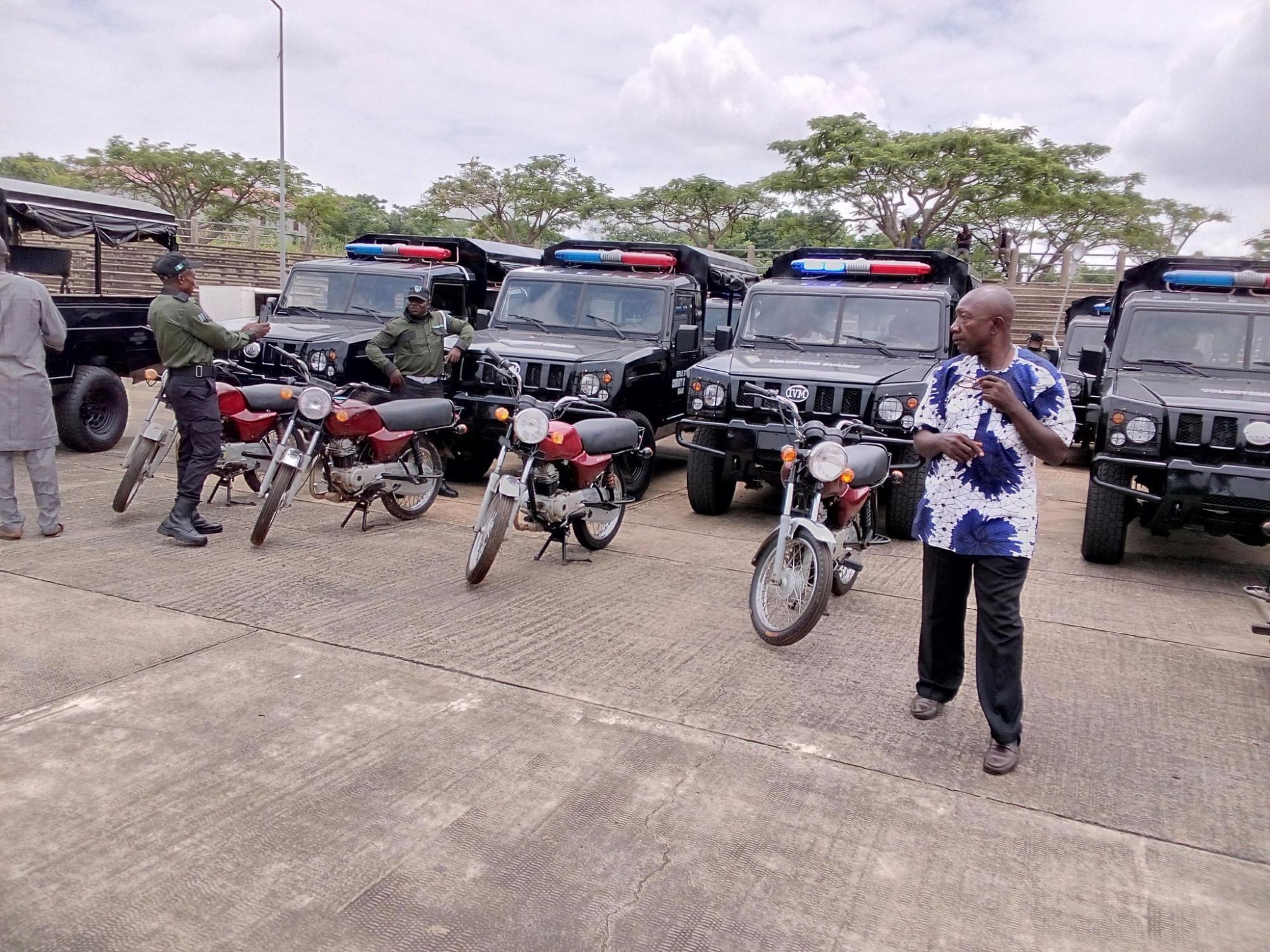 While commending the conventional security agencies in the state for their continued efforts in ensure peace and security of loves and property of people of the state, the Governor assured that the Volunteer Guards will not compete with or substitute for them but will instead cooperate, coordinate and collaborate with them as appropriate to safeguard and secure the Benue communities.

He therefore appealed to all the good people of Benue State to cooperate with the Volunteer Guards by providing information that would assist them in the discharge of their duties, stressing that security is everyone’s business.