In a viral video making waves on social media, a police officer was seen assaulting a passerby with a machete in Cross River State.

The yet to be identified police officer expressed his grievances with the passerby in an aggressive manner. The incident happened in Ekori, Cross River State.

In the video, despite the pleas from eyewitnesses to stop flogging the man with machete, he ignored them, as he was heard saying that the victim challenged him in a show of power, hence he decided the use the machete on him.

This video has led to a lot of reactions and comments from Nigerians online, as they have condemned this act by this police officer.

Reacting to the incident, the Nigerian police Public Relations Officer, Prince Olumuyiwa Adejobi, released a statement via his twitter handle where he condemned the unprofessional act by the police officer in the video. He noted that the act was uncalled for and he has contacted the CP who will take the necessary actions. 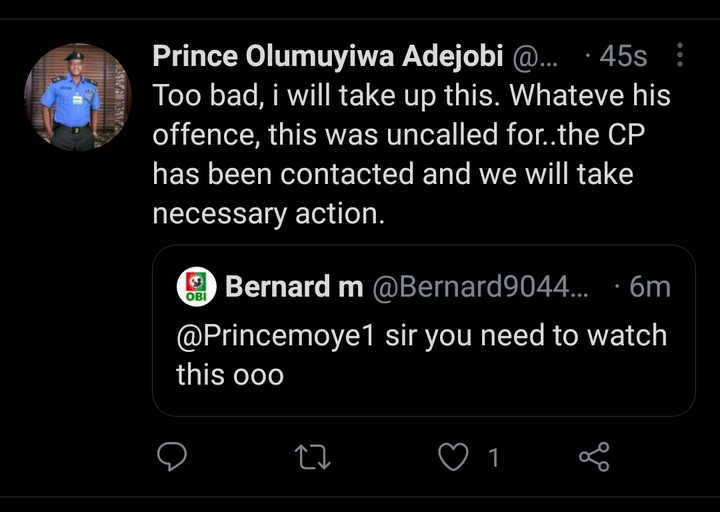