A broadcast journalist and presenter with Arise TV, Oseni Rufai has found himself in trouble for violating the Lagos State traffic law.

Rufai shared his encounter with a police officer on Monday.

Speaking via his handle, he said a police officer pointed a gun at him and forcefully took his car keys and drove away.

He wrote, “A Nigerian police officer pointed a gun at me and forcefully took my keys and drove my car off, because he wanted to enforce a traffic infraction.” 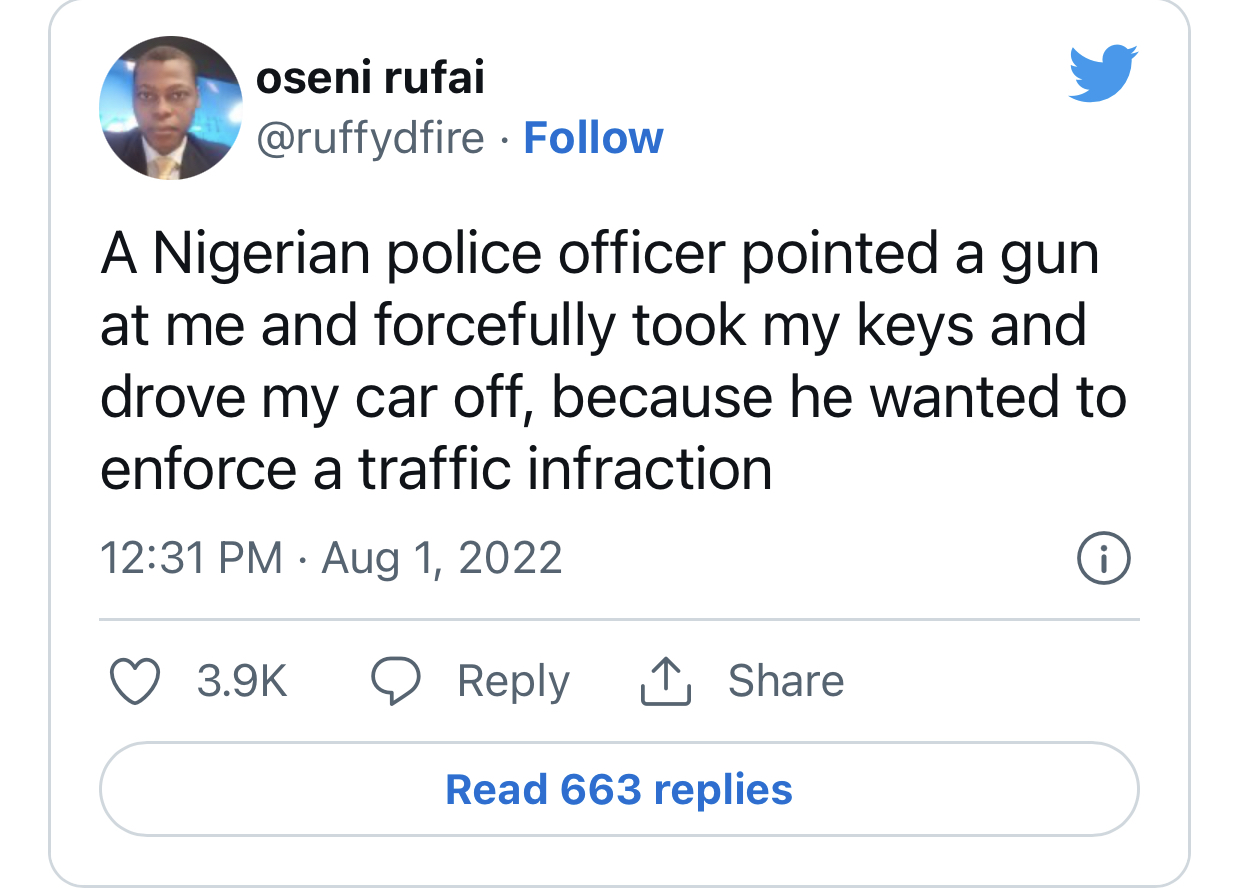 Replying to Rufai’s tweet, Hundeyin said the co-host of the Morning Show on Arise Tv disobeyed and resisted the officers after driving through a BRT lane.

He wrote, “Rufai, let’s not do this. You admitted to me that you passed a BRT lane. It’s against the law. Your claim that google maps took you there is not tenable. You disobeyed and resisted the officers. We’ll sanction the officer who misused firearm if proven.” 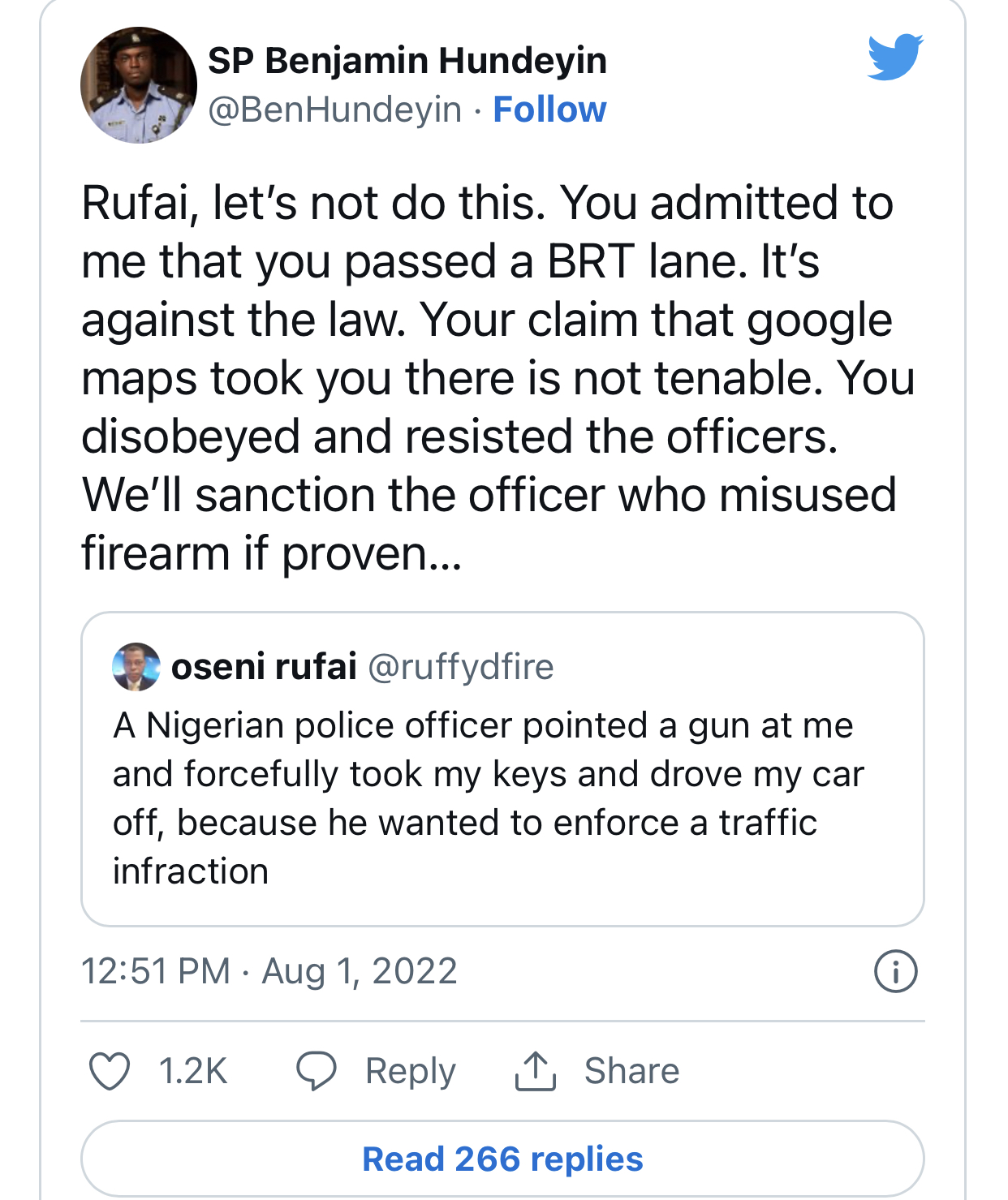 These Foods to Absolutely Avoid If You Want Clear, Glowing Skin