Osinbajo Shares Picture From The Hospital After Surgery

The Vice President of Nigeria, Professor Yemi Osinbajo has shared a picture of himself as he recuperates after a successful surgery on his leg.

The picture, shared on Sunday by his spokesperson, Laoulu Akande also has his wife, Mrs. Dolapo Osinbajo and some hospital staff in the frame.

Osinbajo used the opportunity to thank Nigerians and others who wished him a quick and speedy recovery.

He wrote: “VP thanks everyone for the tremendous get well wishes, prayers and goodwill on the surgical operation.

“My deep gratitude to everyone for your get-well wishes and prayers following my surgery.”

He also commended the team of surgeons and all staff of Duchess International Hospital. 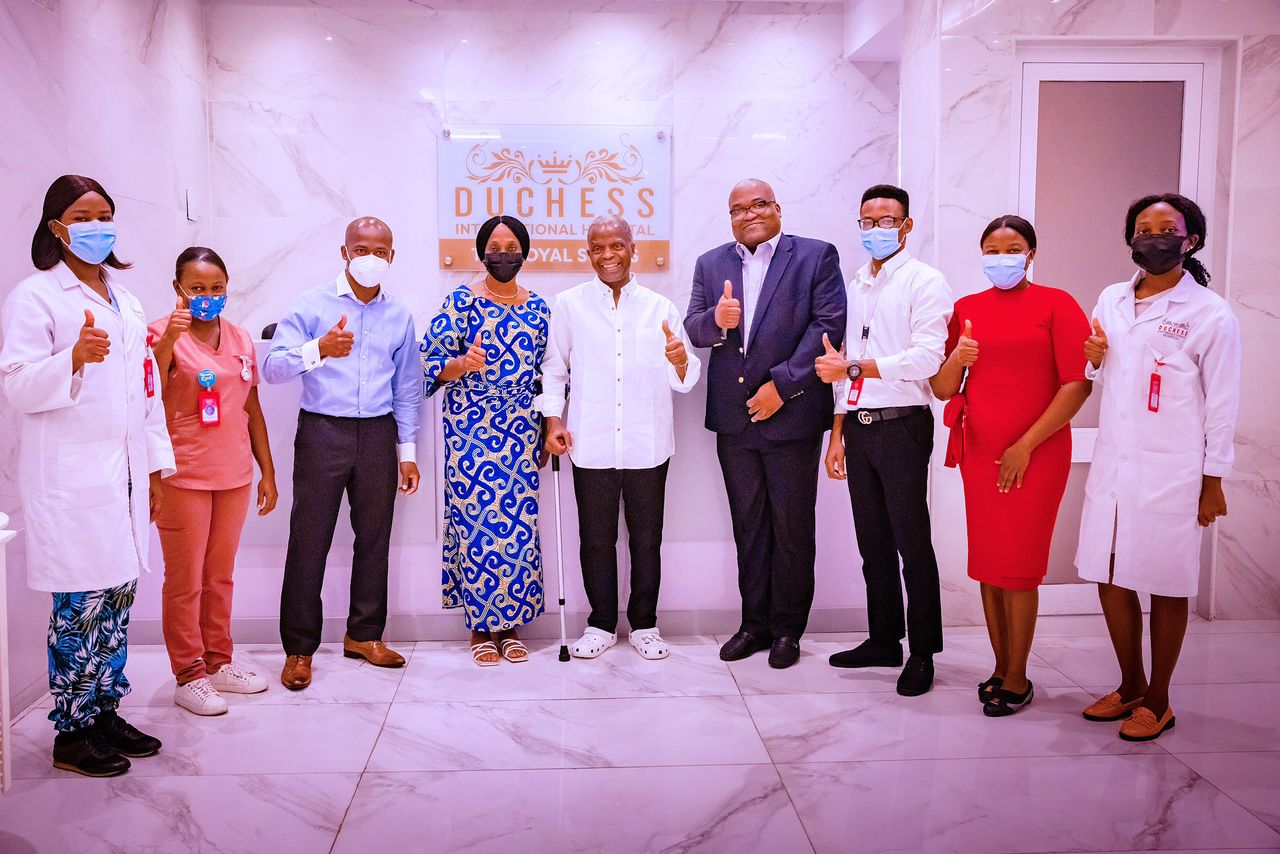 It will be recalled that Vice President Yemi Osinbajo last Saturday, underwent surgery on a leg injury.

According to his spokesman, Laolu Akande, the surgery became necessary because of recurrent pain in the leg from an injury possibly while playing squash.

He had said: ‘’VP Osinabjo is in the hospital today for a surgical procedure on account of a recurrent pain in the leg possibly sustained from an injury while playing squash. His doctors would give an update of the treatment later today.’’