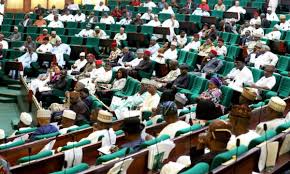 The House of Representatives on Wednesday test run the electronic voting device ahead of constitution amendment voting.

Speaker of the House, Hon. Femi Gbajabiamia stated that the lower chamber of the legislative Assembly would ensure the effectiveness of the machine before the day of voting.

The test was to avoid any confusion in the course of voting on highly contentious issues, as consideration of the Constitution was usually done clause by clause without the presiding officer having any influence on the voting.

Infopowerng reports that the pattern of voting in the constitutional amendment is usually done through electronic voting through a screen placed in the full glare of members.

The voting is usually aired live on major television and social media platforms.

The upper and lower legislative chambers are currently working on the Constitution amendment.

Political Betrayal: Tinubu Should Have Built Systems, Not Men

“We are no longer safe”, Nigerians React To Invasion Of NDA