Oghuma not distracted by sponsored writeups against him, aide 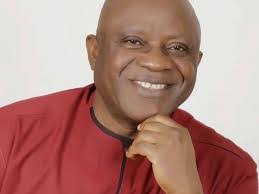 Mr Johnson Oghuma, a member of the House of Representatives, has said that he remained focused on enthronement of democratic dividends in his capacity as the representative of Etsako Federal Constituency.

Speaking through his Media aide, Abdulganiyu, the lawmaker said he would not be distracted on this onerous task even in the face of sponsored writeups being peddled on social media by political distracted and merchants.

He stressed that those who are afraid of his modest achievements as a lawmaker should be ready to present themselves before the people rather than engage in campaign of columny against him.

Oghuma maintained that members of his constituent are testament to the fact of his projects that are spread across the 32 Wards that make up the federal constituency.

“Aside these projects, I have been able to empower hundreds of people with different programmes and also provided those we have trained on with starters packs.

“It may interest these political distrarctors to know that I have sponsored different bills that will enhance and uplift the standard of living of the people as well as impact positively on our communities.

“Among these bills is that to upgrade and convert Auchi Polytechnic to a University,” he stated.

Oghuma however noted that these achievements would not have been possible without the support of the leadership of the All Progressives Congress (APC) across the State and members of his constituent.

“Rather than join me in moving Etsako federal constituency forward, the political jobbers are engaged in campaign of falsehood to sway the peoples opinions against me.

“It is however not surprising that they are coming out like this, it is expected and I know they will come forcefully because 2023 elections is almost here.

“But let me advice them that the people know the pretenders from the serious minded people; they will not be dissuaded by those who comes once a every four years to throw peanut at them and disappear once they didn’t have their way.

“The people are a lot wiser now and are not ready for any gamble, not even from these political jobbers,” he posited.