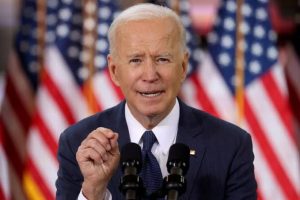 The United States on Monday offered a $10-million reward for information leading to the “identification or location” of the leader of the Afghanistan regional chapter of the Islamic State group.

The reward offered by the US State Department was also for any information that would aid in arresting or convicting those responsible for the “terrorist attack at the Kabul airport” on August 26, which was claimed by the Islamic State-Khorasan (IS-K).

The attack, which killed more than 100 people including 13 American soldiers, was launched as the United States orchestrated its chaotic withdrawal from Afghanistan and the evacuation of Afghans deemed under threat by the Taliban’s takeover.

According to Washington, Sanaullah Ghafari — also known as Shahab al-Muhajir — was appointed head of IS-K in June 2020 by the Islamic State group.

IS-K is the Afghan offshoot of IS, which originated in Iraq and Syria.

“Ghafari is responsible for approving all ISIS-K operations throughout Afghanistan and arranging funding to conduct operations,” the State Department said in a statement.

He had been blacklisted in November as a foreign terrorist.

Little is known about Ghafari, although his nom de guerre suggests he arrived in the region from the Arab world.

He is rumored to have been an Al-Qaeda commander or a former member of the Haqqani network, one of the most powerful and feared factions in the Taliban.

IS-K has been responsible for some of the deadliest attacks in the region in recent years, massacring civilians in Afghanistan and Pakistan, at mosques, shrines, public squares and hospitals.

The group has especially targeted Muslims from sects it considers heretical, including Shiites — much like the original IS group.

It was hit hard by both the Taliban and US-led forces and was losing influence but its attacks have ramped up since their rival Islamists took power in August.