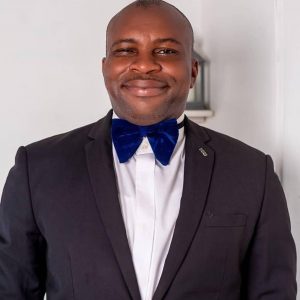 I am outraged when I see Young Benin Boys get killed over what they call Cult Clashes .As a Man who grew up in Benin and a Man who Benin has been nice to ,I choose to tread where others dread ,to say the truth as it is ,stop killing yourselves over Cultism ;Go to Ikpoba River and wash your eyes so that you will see well .People from outside are taking what belongs to you , while you kill yourselves for nothing .

Benin is a land flowing with milk and honey , but some of the young boys are either busy fighting over nothing in the name of Cultism or fighting over inconsequential land in an obscure community ,while hundreds of millions of naira and even billions of naira in dollars , which can be made by them , are ferried out of this town , every end of the month and even on a daily basis .

It is only in Benin that the Community Relations Manager of the Nigerian National Petroleum Development Company -NPDC will be from outside
Edo State.Such an anomaly or anathema can never happen in Port Harcourt, Warri ,Yenogoa or Uyo.The Indigenes in Benin do not have a quota for employment or contracts in the oil companies and Chinese Companies that operate in their domain.The Ologbo Modular Refinery ,in Ologbo near Benin City , is the only oil project of its kind that does not have a preconstruction Memorandum of Understanding- MOU , Construction MOU and Post Construction MOU with the host communities , detailing the financial and HR benefits to the Communities .The gas to be flared there are to be converted to LPGs and trains have been assigned for the selling of the gas , to would be vendors .None of those gas trains is assigned to a Benin Man or an Edo Man .

The Chinese Companies Operating here are operating as if they are engaged in slave trade ,treating the Indigenes shabbily and with so much impunity .There is no corporate social responsibility project for the host communities.

Our Youth are killing themselves , when they can organize themselves into pressure groups and get a chunk of the hundreds of millions and sometimes billions of naira leaving Benin at the end of month and even on a daily basis , taken out by persons who understand the indifference of the Indigenes over opportunities that subsists in their locality .

The Surveillance Contracts of Oil Companies in the domain ,where the personnel are well paid are taken over by young boys from other states , while the young boys in Benin die daily from needless Cult wars that does nothing to the development of the City.

My heart bleeds because I know what these young boys are losing .To make matters worse , they are not even aware of what is happening .They should organize themselves out in the same vigour they use in fighting themselves over Cultism , to fight for their rights within the Economic Space in Benin and environs and Benin will be a better place for everyone to live in ,with great economic prosperity .

Douglas Ogbankwa Esq., @ douglasogbankwa@gmail.com , a Benin Based Lawyer is the President of the Benin Writers’Society.