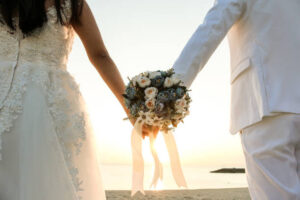 An Indian man got angry and canceled his wedding just because the bride’s family failed to prepare his favourite mutton (sheep meat) curry on the day of the wedding.

As if the cancellation of the wedding just because of food was not ridiculous enough, 27-year-old Ramakant Patra married a different woman that same day to retaliate against the bride and her family.

According to the New Indian Express, the young groom had arrived with a traditional wedding procession to marry a woman in Sukinda, a town in the Jajpur district of Odisha, on Wednesday, June 23.

The bride’s relatives welcomed them warmly and took them to have lunch before the wedding ceremony kickstarts.

However, after Ramakant Patra, that the mutton (sheep meat) curry he demanded and prepared his teeth and throat for was not part of the wedding feast, he became furious.

He argued with the bride and the family which marred the wedding environment.

Out of anger, he canceled the wedding and all efforts to talk him out of the decision yielded no result.

He then proceeded to a relative’s home in Sukinda with his family and spent the rest of the day there.

Bent on taking revenge on the devastated bride and her family, Ramakant Patra reportedly married another woman that night before returning home to Rebanapalaspal in the neighboring Keonjhar district.

It appears he had conditioned his mind and body for a honeymoon experience that night, so he decided to adopt an alternative plan.

Why I Will Not Disclose My Preferred Successor Now — Buhari