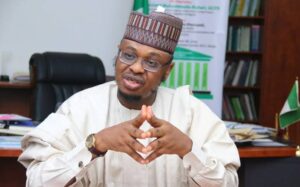 Minister of Communications and Digital Economy, Dr. Isa Pantami, has disclosed that Nigeria now has the wherewithal to produce SIM cards and smart phones.

Pantami, who made this known during a media briefing organised by the All Progressives Congress (APC) professional forum at the party’s national secretariat in Abuja, said Nigeria could now produce about 200 million SIMS yearly.

He said this was besides the country’s capacity to produce 60-70 per cent of smartphone components and SIM cards locally.

“We came up with a policy that we wanted Nigeria to produce a minimum of 60 to 70 per cent of what we need in the telecommunications sector in the next two to three years locally and we have started it.

“When this administration came in, even SIM cards were imported into country, but as of today, the Federal Government has provided an enabling environment for the private sector and we now have the capacity to produce SIM cards, not only for our consumption, but for the African continent.

“We have the capacity to produce a minimum of 200 million SIMS yearly. We have provided an enabling environment for the private sector to start the production of smartphones,” he stated.

He restated his resolve to leverage information technology in boosting the economy and tackling the country’s security challenges, adding that the SIM card registration exercise was part of measures to achieve the goal.

“We cannot ignore security. Security cannot be compromised, because of economic development. It should be our priority and preference and so, we have initiated several policies to support security institutions,” he said.