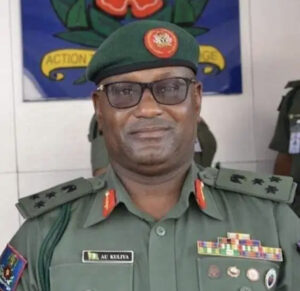 The immediate-past Chief of Military Intelligence of the Nigerian Army, Brig. Gen. Abdulrahman Kuliya, who died alongside the Chief of Army Staff, COAS, Lt. Gen. Ibrahim Attahiru and nine others in an air crash at the Kaduna International Airport on Friday, played significant roles in disorganising terrorists camps.

Following the infiltration, it was gathered that violent confrontations broke out among fighters of Boko Haram and the Islamic State of West Africa Province, ISWAP, groups.

It was learnt that upon Mr Kuliya’s assumption of office as army’s intelligence czar, and the renewed counter-insurgency mission of the late COAS, some insurgents had indicated their intention to surrender.

But instead of encouraging them to surrender, Kuliya suggested to the COAS that the insurgents should hold on and support the military by getting more intelligence on their terrorists’ groups.

A top military intelligence officer involved in some of the operations said that the newly coded ‘Operation Hadin Kai’ was more of collaborative efforts of the military and intelligence services for psychological operations with the local community and potential insurgents that are willing to surrender.

The source said: “It was therefore easy for the intelligence arm of the operations to deploy and engage operatives and local assets for the mission.

“Since the beginning of May 2021 and with the support of other intelligence services, the Nigerian Army and Airforce conducted several clandestine aerial and artillery bombardments on selected terrorists’ camps and locations to give advantage to one of the factional groups of terrorists that were willing to surrender.

“The operation was very successful before the death of the Gen. Kuliya with his boss Gen Attahiru in a plane crash. Meanwhile, we are closely monitoring the ongoing rival clashes between ISWAP and Boko Haram fighters.”

Recall that the factional leader of Boko Haram, Abubakar Shekau, was reportedly killed after a deadly clash between his men and those of ISWAP.

Intelligence sources, while confirming the development, said the notorious terrorists’ leader must have been killed during the struggle for power between his Boko Haram and ISWAP group.