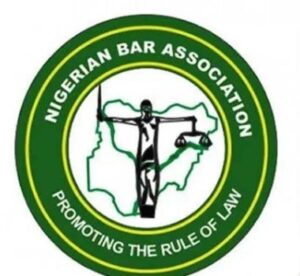 In a Statement issued in Benin City ,by the Nigerian Bar Association,Benin Branch ,the Lion Bar ,the Benin Bar on the above indicated issue ,stated thus:

“The Nigerian Bar Association Benin Branch-the Lion Bar calls for the urgent removal of the DPO -Adesuwa Omoruyi and some Officers of the Etete Police Division,Benin City for extortion and harassment of Citizens passing through Etete Road ,GRA,While causing a huge gridlock on the road ,which some times leads to avoidable Accidents .

There have been several complaints against the Etete Police Division,Benin City , over the manner the DPO, Adesuwa Omoruyi and other policemen are extorting and harassing citizens at the Etete Axis of the GRA,Benin City ,Edo State . The DPO Etete Police Station , Adesuwa Omoruyi who has turned the station into a Cash Cow and an ATM machine has continued in her nefarious activities with impunity .

On the 13th of May, 2021, in attempt to extort money from the Vice Chairman of the Nigerian Bar Association,Benin Branch ,,the Lion Bar -Mrs Paul Agbale who incidentally is the Chairman of the NBA Benin Human Rights Committee,one ASP Ebenezer Oru maliciously damaged the side mirror of her car,with out any provocation. The Benin Bar is worried that the already battered image of the Nigerian Police is further brought to the fore by the activities of the Etete Police Division, as the station has continually engaged in Illegal traffic causing road blocks,while collecting money from vulnerable citizens who ply the Etete Road ,in GRA,Benin City . We hereby call on the Commissioner of Police, Edo State,who has been a willing partner with the Bar in the fight against corruption and indiscipline in the Police in Edo State and all concerned authorities to remove the DPO Etete Police Station , Adesuwa Omoruyi, the DCO,who is very uncouth and unprofessional, Oru Ebenezer and Osas Imariagbe ,who knowing that we are Lawyers and Members of the NBA Benin Exco brandished his gun at the NBA Chairman,the immediate past chairman and the full compliment of NBA Benin EXCO.

The NBA Benin Bar is also inundated with complaints of extortion of huge amounts of money from citizens at night around the Etete Police Station ,after the curfew period ,for which the DPO and her men use the Curfew as a commercial venture ,where they cash out from vulnerable,helpless and hapless citizens,when caught some times by unavoidable by the Curfew .

We call for a total overhaul of the Etete Police Division, especially a redeployment of the DPO, ,the DCOs Ebenezer Oru and Osas Imariagbe -the gun wielding trigger Happy Police Officer .The DPO has shown by her reprehensible conduct,when called by authorities to intervene,but she excerbated the situation by her aloof and impudent mien , that she is the one who gives an official imprimatur to the impunity of her Officers and men .The Apple does not far from the Tree .

Even when NBA Benin Bar Officials led by the Chairman of NBA Benin Branch -the Lion Bar ,-,Pius Idemudia Oiwoh Esq., introduced ourselves as Members of the NBA Benin Exco ,Oru Ebenezer dared the Bar Exco to call whoever we want to call and that nothing will happen ,as their DPO is very powerful and connected.We however believe that justice will be done in this Matter as this Matter is a Metaphor for all the extortions and harassment perpetuated by the DPO Adeduwa Omoruyi and her men ,which has reached Edo Citizens plying the Etete Road in their Neck .

*Peace is not just the absence of War , but the presence of Justice*