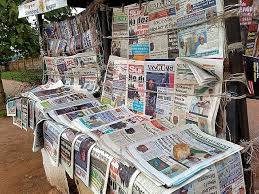 The number of newspaper vendors/distributors arrested in Imo state has come to six in number.

The latest arrest by security operatives happened early hours of Monday at Rotobi streets in Owerri.

It was gathered that their arrests were allegedly linked to the selling of newsletters, pamphlets containing some pro-Biafra groups information.

The names of those arrested were given as, Mr Nelson, Micheal, Ndubuisi, Shege, Sacatan. While the sales representative of New telegraph, Chuks Ugwuibe, had since been arrested.

It should be recalled that Ugwuibe had been arrested not less than six days ago, by security operatives, and has been in detention. He was arrested at Orlu local government area of Imo state.