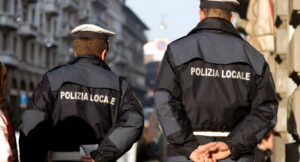 The Italian police say they arrested 30 Nigerians suspected to be members of the Black Axe mafia gang that has been operating in different parts of the country.

Black Axe is a fraternity that originated from the University of Benin in the 1970s.

The arrests reportedly took place in 14 provinces across Italy.

A 35-year-old man alleged to be the Black Axe’s leader in Italy was also arrested.

The police said most of the suspected crimes were committed on the internet, alleging that Bitcoins were used on the dark web to purchase cloned credit cards, which were then used for online shopping.

“There is evidence that the members had a direct connection with the Nigerian gang, drawing on the same vocabulary, symbols and affiliation rituals,” the Italian police was quoted to have said.

Commenting on the incident, Luciana Lamorgese, Italy’s interior minister, said: “This proves the ability of the judiciary and police forces to fight against old and new mafia groups which are trying to extend their criminal reach and expand their business.”