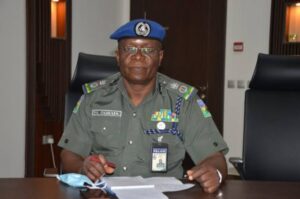 The police in Edo on Friday arraigned a 23-year-old Odion Onalu before an Ogbeson Chief Magistrates’ Court in Benin for allegedly stealing N66, 500 cash.

The Police Prosecutor, Sgt. Kehinde Iyawe, said the defendant, a female staff of GT fast food, was arraigned on a one-count charge of stealing.

Iyawe said that the defendant was a staff of the eatery when she committed the crime.

According to her, the defendant on April 14, 2021 at GT Plaza, on Benin-Agbor Road, Benin and within the Oregbeni Magisterial District, committed the offence.

The defendant, however, pleaded not guilty to the charge leveled against her.

If found guilty, she risks a seven-year jail term.

Meanwhile, Counsel for the defendant, Mrs G.I. Asowata, applied for her bail and assured the court that she would not jump bail.

The police prosecutor did not oppose the bail application.

Consequently, the Chief Magistrate, Mutairu Oare, granted bail to the defendant in the sum of N80,000 with one surety in like sum.

Oare said the surety must be a responsible person and should depose to an affidavit of means.

He also directed that the surety must deposit two recent passport photographs of himself and that of the defendant with the court.

I’m Loyal To Obaseki But There Are Issues In Edo PDP — Dep. Gov