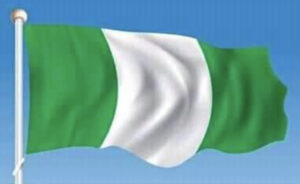 The Nigerian State is on cross roads. Secterian and bellicose rhetorics by ethnic organizations fuelling the embers of strife. Kidnapping of Nigerians all across the high ways nation wide, a dwindling Naira, an almost comatose economy and a failing electricity architecture.

In all these, our President – Muhammedu Buhari is missing in the equation.
He is not seen making policy statements or interventions with spontaneity as Presidents will do. He is always seen reading prepared speeches in the cozy confines of Aso Rock, while our people are kidnapped daily by bandits that some even say are not criminals.

Nigeria is being ruled by proxy, by a powerful Cabal operated by relatives of the President. On his part, the President has turned presidency into an extension of the village harlem and he runs the country like a personal estate with no thought for the poor, resulting in a system that has spurned out a dysfunctional State, tending into a failed state.

The latest in their many novelties, unheard of in Nigerian history is negotiating with bandits and giving them huge pay outs for Kidnapping or they and their cronies saying bandits are not criminals, while banditry in the North is taken to a frightening height, where human cargo is now the most lucrative business, helpless and hapless students being used as pun in an organized crime, where those running it on all sides cash out.

As one of the Bandists in a Newspaper report stated:

*The People who sent us to kidnap the Students are among you* This Statement has not been investigated till now.

Instead, the bandits run amock, the police is lost in the equation and DSS is invisible. The Minister of Defence comes shamelessly on National Television and asks Nigerians to defend themselves. In obedience of this clarion call the Eastern Security Network makes inroads in flushing out murderous Fulani Herdsmen in Orlu in Imo State and the Nigerian Airforce bombards Orlu a Peaceful Town, while leaving Nigeria’s real enemies, the Boko Haram insurgents and the bandits that have turned Nigeria to the kidnapp capital of the world to operate freely. A paradox of the pandora box. In Nigeria, nothing is impossible!

Where is our Commander-in-Chief ?We did not vote Lai Mohammed, Femi Adesina or Garba Shehu as our President. The President cannot govern us through his spokesmen. There are some comments that must come from the President himself, giving the people hope that indeed we have a President.

In all these, the Vice President-a Demagogue is reduced to a VP (Academics ), pontificating on issues on National Television, without any powers to implement them. This is not an interesting time to be Vice President of Nigeria. The Cabal has covered the field.

President Buhari should stop running Nigeria via Zoom, using Coronavirus as a lame excuse. He should come out and see what is happening, else he will be a presidential captive of Aso Rock, cut off from the reality of Nigeria.

We are counting the days to the end of the Buhari presidency. It has been a total disaster!

President Buhari should ask himself this question: Can the next President of Nigeria say this about him?