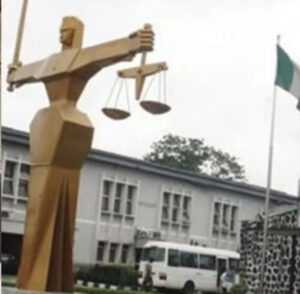 A statement by the spokesperson for the Economic and Financial Crimes Commission (EFCC), Wilson Uwujaren, said on Monday that the trial judge, I.M. Sani, convicted and sentenced each of the two men to two months’ imprisonment with an option of N100,000 fine on March 4.

According to the statement, the judge passed the judgment after the two of them pleaded guilty to the offences of conspiracy and giving misleading and false information to EFCC operatives.

It explained that the convicts got into trouble when they misinformed the EFCC that they saw a huge sum of money in a house, located at Enu-Aqua in Cross River State.

“However, when operatives of the commission executed a search warrant on the said property, nothing incriminating was found,” it added.