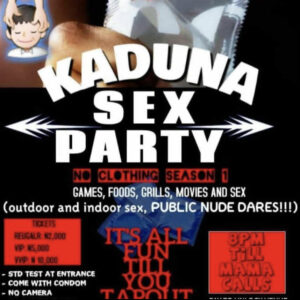 The event was slated to hold last Sunday before it was aborted by the authorities.

A media aide to Kaduna State governor, Abdallah Yunus Abdallah confirmed the arrest of the organisers, who had asked attendees to go to the venue without clothes.

He said the phone number used for the publicity was what was used in tracking the organisers.

The spokesman of the Kaduna State Police Command ASP Mohammed Jagile also confirmed the arrest of the event promoters.