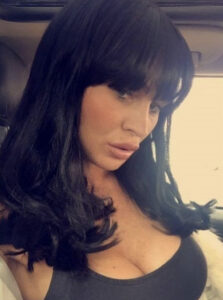 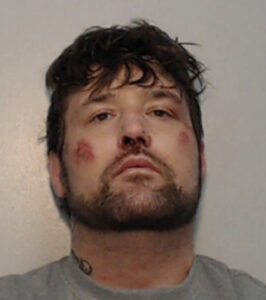 A former professional cage fighter who murdered his ex-girlfriend has been sentenced to life in prison with a minimum of 32 years.

Andrew Wadsworth, 37, stabbed beautician Melissa Belshaw, 32, to death two months after he came out of prison over claims she was an escort who had slept with his family members.

Fuelled by cocaine and alcohol, Wadsworth subjected Ms. Belshaw to a “prolonged, remorseless and deliberate” attack in her bedroom.

Passer-by Kevin Moores bravely rescued Ms. Belshaw’s 13-year-old daughter by smashing into the house in Billinge, Wigan, with a hammer.

Wadsworth then came outside and chased stranger Gerard Bristow, who he pinned to the ground and knifed repeatedly before police intervened.

A jury at Manchester Crown Court yesterday found the defendant guilty of murder and attempted murder.

On Thursday December 3, while in court, a statement was read out from Jean Mullvaney, Ms Belshaw’s mother.

She said: “I remember the day I gave birth to her. She will always be my baby girl. She was a beautiful soul, inside and out, and had a heart of gold. She was so kind and would have done anything for anyone.”

The trial heard Wadsworth, of Cranfield Road, Wigan, regularly accused Ms. Belshaw from September 2019 of cheating on him, including by working as a prostitute.

Wadsworth admitted stabbing Ms. Belshaw at her home in Upholland Road, saying he was “humiliated and betrayed” by what he said were shock revelations from her about being a prostitute since their relationship began in March 2018 while she had “cried poverty” to him.

Wadsworth said Ms. Belshaw went on to tell him she had sex with two of her relatives, a police officer, and also engaged in sex parties with people he knew.

Another revelation, he said, was that she helped set up a robbery in which he was injured.

Tim Storrie QC, prosecuting, said the so-called revelations were merely “recycled accusations” and amounted to a character assassination of Ms Belshaw in an attempt to shift the blame.

During the sentencing hearing today Mr. Storrie said that Wadsworth previously pleaded guilty to assaulting two police officers. He delivered a ’roundhouse kick’ to one officer who was trying to apprehend him and also punched an officer in his cell after being taken to Wigan police station.

The trial heard how van driver Mr. Moores, 40, heard the voice of a distressed girl from the bedroom of a house in Upholland Road on the afternoon of May 20.

He broke a window at the side of the front door and carried Ms. Belshaw’s daughter to safety.

Mr. Moores later kicked knife-wielding Wadsworth on the leg while he was on top of Ms. Belshaw’s neighbour, Gerard Bristow, who then managed to break free.

During the sentencing hearing Andrew O’Byrne QC said his client “realised the enormity of what he had done.”

“Though he wishes it were not so,” the mitigating lawyer told the court.

“He releases it will be many many years if ever, he will regain his liberty.”

Sentencing, Mrs. Justice Yip said Wadsworth was a “violent and dangerous man”, who used “character assassination” against Ms. Belshaw during the trial to shift blame.